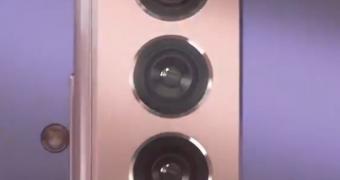 While Samsung is trying to remain tight-lipped on everything related to the Galaxy S21, more information emerges via unofficial channels almost on a daily basis, and today we’re provided with an early look at the teaser videos the company has prepared for this new model.

Published on Twitter, the videos confirm the next model would be called Galaxy S21 and not Galaxy S30, as some rumors have previously indicated.

The teasers are mostly aimed at the cameras on these smartphones, but they also confirm the names they are going to use when going live next month.

According to people familiar with the matter, Samsung currently plans to take the wraps off the Galaxy S21 on January 14, while the official sales should kick off later the same month. In other words, the first customers should receive the Galaxy S21 by the end of January, and this is some one month earlier than the calendar Samsung use for its previous high-end models.