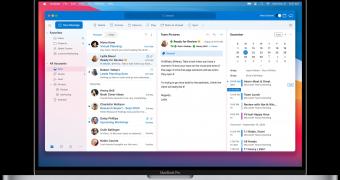 Microsoft has been super committed to the Apple ecosystem lately, and this is only because the company wants to make its applications available pretty much everywhere.

Needless to say, there are plenty of Microsoft users with a Mac, and the Redmond-based software giant knows this very well. This is one of the reasons the software firm is committed to improving its Mac software portfolio, including here the Office productivity suite and other apps.

Outlook is one of the Microsoft apps that have received quite a lot of improvements lately, and this week the company announced even more goodies coming to its users.

It’s iCloud support for Outlook on Mac, a feature that simply makes sense given it’s an Apple platform we’re talking about here.

Microsoft hasn’t yet shared a specific ETA as to when the new feature is supposed to go live in Outlook for Mac, and the company only said the rollout would kick off in the coming weeks.

“We continue to learn how customers want … (read more)

8 mins ago
wpDiscuz
Share this Article
Email sent!
We use cookies to ensure that we give you the best experience on our website. If you continue to use this site we will assume that you are happy with it.OkNo