While the rest of the world moved on, the mastermind behind last year’s Bug’s Life “Heimlich” Fleshlight, Malek Lazri, has spent the year perfecting his craft.

Yes, all of these are now fully functional and theoretically, fuckable—unlike the original Bug’s Life model, which didn’t have a hole.

“I guess I just figured it was my duty to keep giving people what they wanted,” Lazri told me. “The first one was such a big hit, I felt like if I didn’t, I’d be missing an opportunity to continue a long line of rare units.”

He made the Heimlich unit from a silicone mold stuffed into a real Fleshlight sleeve, but those tubes start at $70; he said he “reverse engineered” the hard part of the tube, making a mold of it that he could then reproduce into these art pieces. He’s also outsourced some of the details, enlisting the help of an airbrush artist who specializes in low riders (and now, knockoff Pixar and Disney sex toys), and his local tailor for some of the more delicate work, such as the tiny red dress for the “Jessica Rabbit ‘Patty Cake.'” unit.

“I just thought it was so funny when I brought the tube for reference to the tailor shop, and it’s this sweet old woman, you know—I look over at her sewing desk, and there’s just like a Fleshlight over there in a sparkly dress.” 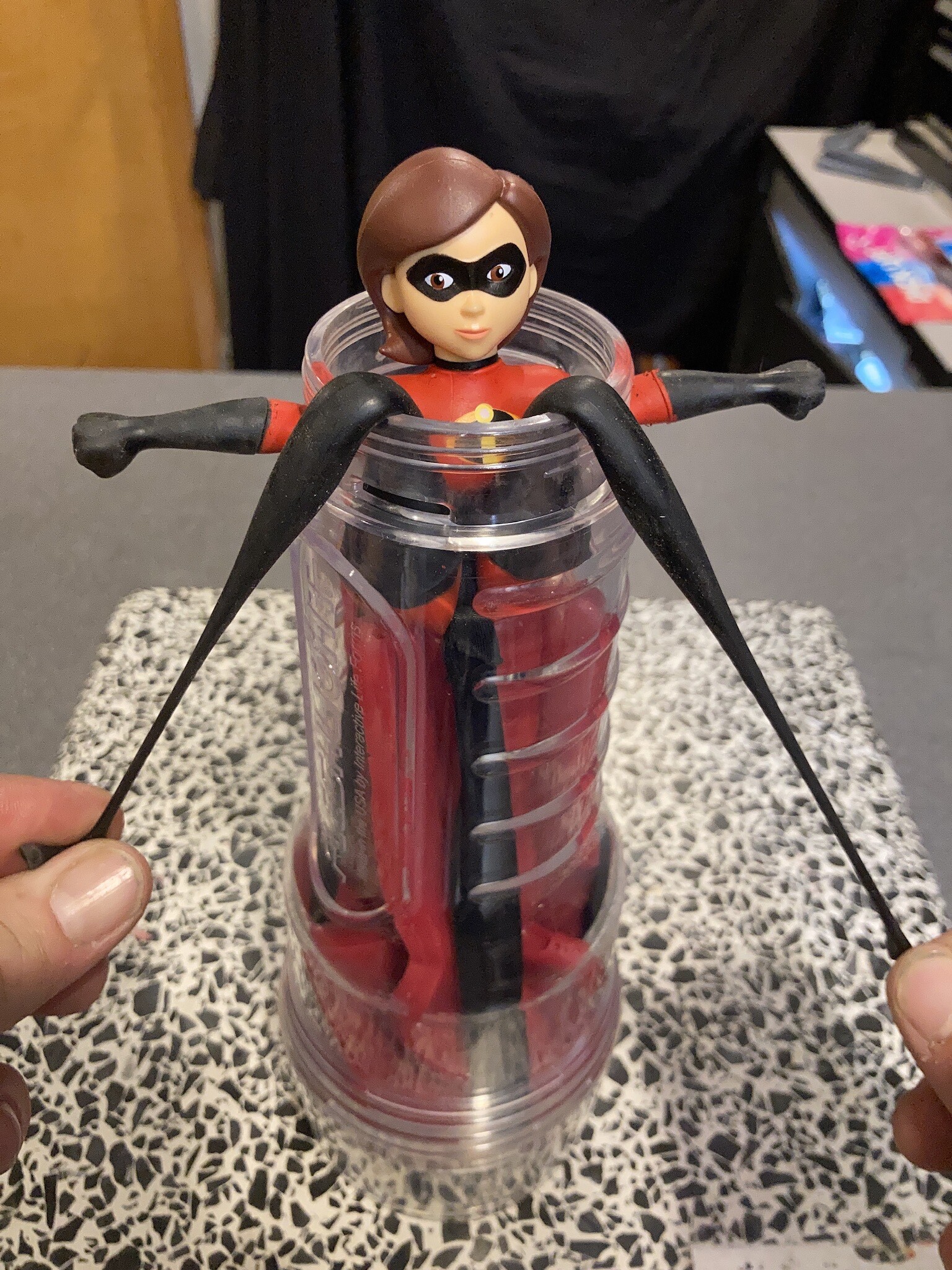 Lazri says he doesn’t play favorites, but the Jessica Rabbit one is clearly a labor of love. “That’s my low-key crush,” he said. “None of them are really sexual to me—it’s more about like, a continuation of merchandising, which is already absurd, and this just happens to be the most absurd juxtaposition of a character and an object. But I don’t know if I did her justice.”

The Mike Wazowski tribute with removable retainer is another he’s especially proud of, production-wise. The “Mater Bater,” in honor of the tow truck character Mater voiced by Larry the Cable Guy in Pixar’s Cars, is a crowd pleaser. People have dueted it on TikTok, generally with aghast reactions. Others downloaded his Mater TikTok and reposted to YouTube, where some have gotten millions of views.

This has mostly been a passion project for Lazri, in addition to some work he’s doing in production design. But with the NFT boom this year, he decided to mint a couple of his creations on the blockchain: the Ugly Stepsister slipper, and the original holy grail, the Bug’s Life Fleshlight. Both are priced at 2 ETH, or $4,447.08. He made the auction announcement in an Antiques Roadshow spoof video:

From here, he plans to continue branching out beyond beloved childhood characters to other brands; his homage to Foster’s beer, the “Fister’s” table-mounted sleeve, “great for the shed or garage,” he says in the video, is a glimpse of where he’s going next.

“It just came to me so randomly,” he said. “I was crushing a can and drinking a Foster’s, and I was like wait a second… It’s a little too easy.”