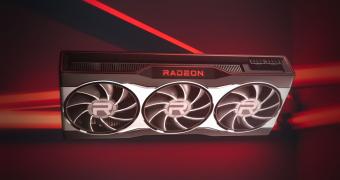 AMD has announced the availability of a new version of its Radeon Software Adrenalin Edition Graphics driver, namely the 20.12.2 (20.45.01.33) package, which is compatible only with the producer’s latest RX 6900XT and RX 6800XT GPU cards.

In terms of changes, the current update only includes Cooler Master RGB LED utility support for the two aforementioned GPUs, and might still experience crashes in Metro Exodus, Shadow of the Tomb Raider, Battlefield V and Call of Duty: Modern Warfare.

Moreover, users might encounter occasional flickering in MSI Afterburner, compatibility issues between RX 6000 series products and Sceptre C series or Samsung Odyssey G9 series displays, and other issues as highlighted in the Release Notes below.

When it comes to compatibility, unlike previous updates, the 20.12.2 release consists of one downloadable package targeted at Microsoft’s 10 64-bit architecture.

Therefore, save the appropriate bundle, remove any previous version from you… (read more)