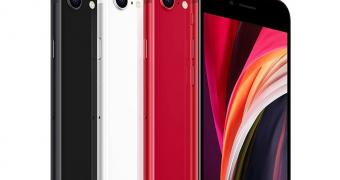 Apple has recently completed the staggered launch of the iPhone 12 lineup, and now the company is already working on the 2021 series that will reportedly bring more big changes for its flagship product.

One of them, according to Barclays analysts, is support for Wi-Fi 6E, which would make it possible for the iPhone to benefit from higher performance and lower latency. And of course, as per MacRumors, this would mean the iPhone 13 would offer faster data rates.

But at the same time, the analysts said Apple has no plans to launch a larger iPhone SE next year, despite all the rumors in this regard.

The analysts claim they indeed heard the rumors, which indicated the larger iPhone SE would feature a screen measuring between 5.5 inches and 6.1 inches, but based on their discussions with Apple suppliers, such a device actually is not in the wo… (read more)

22 mins ago
wpDiscuz
Share this Article
Email sent!
We use cookies to ensure that we give you the best experience on our website. If you continue to use this site we will assume that you are happy with it.OkNo