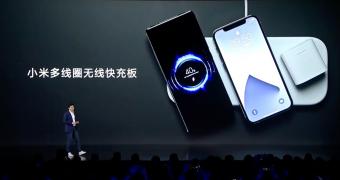 Back in 2017 when it announced the iPhone X, Apple also announced a charging pad that was supposed to serve as the go-to wireless charger for everything Apple.

In other words, it was capable of charging not only the iPhone but also the Apple Watch and AirPods, pretty much giving users the option to get one charger for everything.

“Apple gave a sneak peek of AirPower, an Apple-designed wireless charging accessory coming in 2018, which offers a generous active charging area that will allow iPhone 8, iPhone 8 Plus or iPhone X customers to simultaneously charge up to three devices, including Apple Watch Series 3 and a new optional wireless charging case for AirPods,” Apple said in an announcement in 2017.

The device, however, eventually got the ax because of what sources described as Apple’s failure to build it according to its premium expectations. So the AirPower never came to be, though wireless chargers that work with the iPhone are still there on the market.