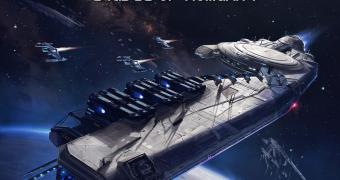 The second major expansion for the space simulation X4: Foundations is called Cradle of Humanity and is scheduled for release on March 16. Along with X4: Cradle of Humanity, developer Egosoft plans to release an extensive 4.00 update that will be available for free to everyone who owns the base game.

Fans of the series will be happy to know that X4: Cradle of Humanity brings the X series back to Earth, significantly increasing the size of the game’s universe with new sectors, and welcoming two Terran factions to X4: Foundations.

What’s interesting about the upcoming factions is that they will bring with them their own economy, ships, weapons, and stations. Equally important is the fact that new game-starts will introduce the identity and political stance of the Terran factions, as well as giving an alternative perspective on existing story developments in X4: Foundations.