When I first heard about wearable ketamine a few weeks ago, I almost spit out my cocktail at the person who had casually mentioned it to me. I had no idea how it worked, but the concept alone seemed outrageous—was this a new fashion trend, like smartwear for psychonauts? Would I one day spot club kids sporting it under leather harnesses while standing in line at Berghain? “No, no,” laughed the person I was speaking to, shaking her head. “I’m afraid it’s not as sexy as that.”

So what the fuck is wearable ketamine? The answer, it turns out, lies at the bleeding edge of ketamine therapy, and while the futuristic-sounding device is still a few years away from hitting the market, it could unravel yet another layer of this extremely useful—yet deeply mysterious—drug.

Bexson Biomedical, a California-based company, is already in the process of making such a device. Here’s how it works, in theory: wearable ketamine will be a Bluetooth-controlled device that you can stick on your skin, most likely your belly area. The device will contain a disposable cartridge filled with liquid ketamine, which is injected via a tiny needle into the layer of fat between your skin and muscle.

This is called a subcutaneous injection, and works similarly to an insulin pen. It is less painful than injecting into your muscle or veins, and the drug is absorbed into your bloodstream at a slower rate—but much faster and more effectively than intranasally. Each cartridge will hold 70 to 200 milligrams of ketamine, released slowly over a 24-hour period. This comes out to around 4 mg per hour, which is a low-dose—a typical k-hole dose is around 125mg—so no, you won’t be tripping balls. Instead, the company says the effects will be slightly less intense than drinking a glass of wine or martini. 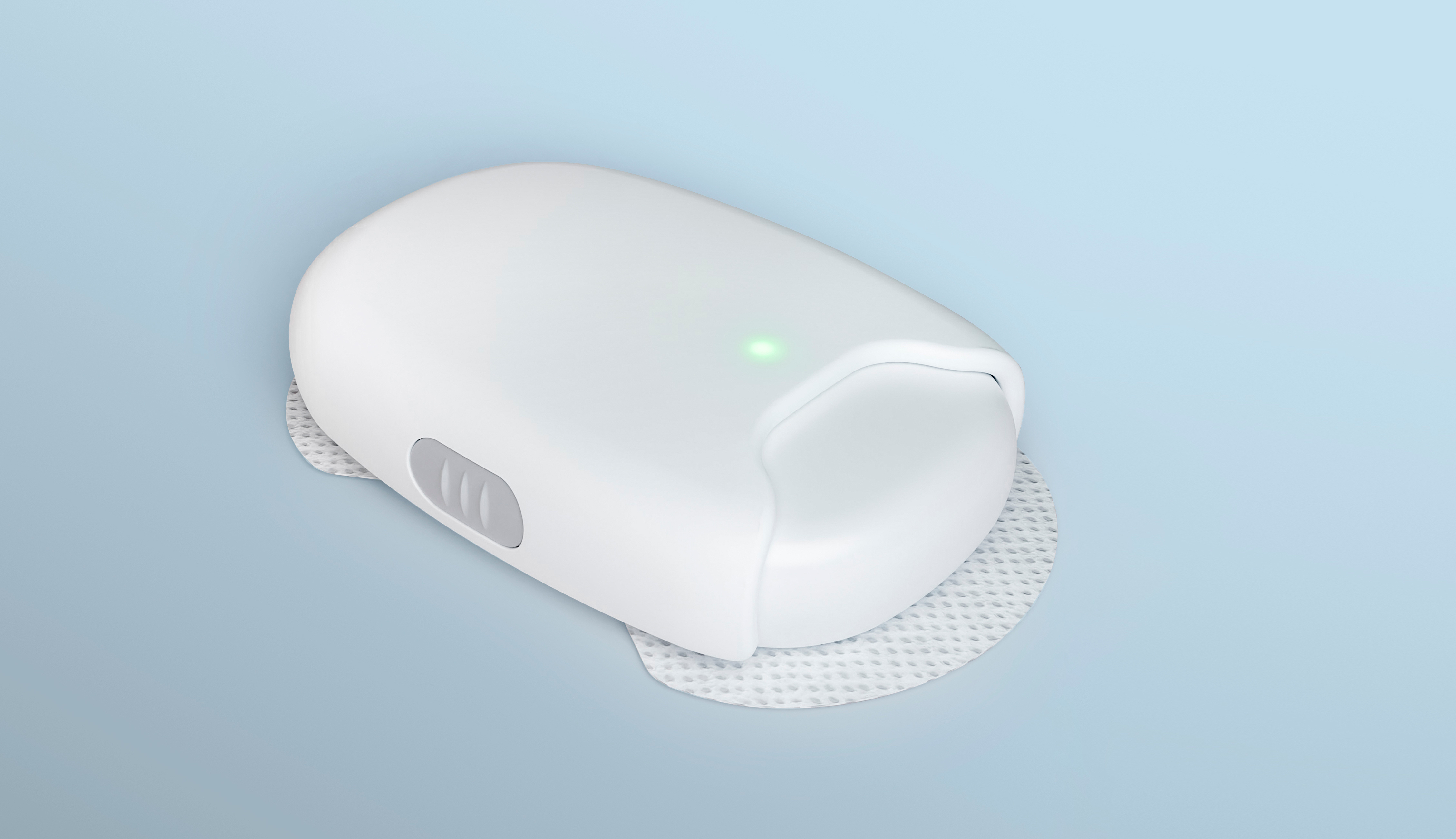 While much of the recent media hype around medical ketamine has so far centered around it as a breakthrough treatment for depression, wearable ketamine is intended for another condition that ketamine is remarkably good for: pain relief—specifically, acute postoperative pain following surgeries and other medical procedures. “The ‘ketamine for depression’ story has already been done, and we wanted to go where others have not,” said Gregg Peterson, co-founder of Bexson Biomedical. (Bexson also plans to target mental health conditions like depression at a later date.) The company is betting on the device getting FDA approval by 2026.

Right now, ketamine can be legally prescribed by doctors, but licensed ketamine therapy is prohibitively priced; an IV infusion at a ketamine clinic can cost up to a thousand dollars per session, and usually requires multiple rounds under the supervision of a doctor. While the company has not yet set a price for its device, FDA approval would potentially allow Medicare and insurance companies to cover the cost. Another factor is that the device will not require multiple doctor visits; rather, it can deliver a steady infusion of low-dose ketamine at home, thus potentially democratizing the pool of people who have access to this therapy.

One issue with ketamine injections is that they can cause pain, swelling, and redness on the injection site because of the drug’s high salt and acid content —(Peterson compares it to a “very salty orange juice.”) So Bexson also worked with leading ketamine researcher Jason Wallach to devise a novel formulation of ketamine they named “BB106” that has lower salt and PH levels, making it more comfortable for a steady stream of infusions. Subcutaneous injections are also more wholly absorbed by the body and more consistent in dosing compared to other methods, like intranasal ketamine sprays and lozenges. “A lot of people suffer from pain and it’s no secret we need better and varied approaches,” said Wallach. “As [Janssen Pharmaceutica founder] Paul Janssen would say, ‘The patients are waiting.’”

Bexson Biomedical’s biggest bet—and what it is pitching to its investors—is that wearable ketamine will chip away at the US opioid crisis, a grim epidemic that has been raging for the past two decades and shows no signs of abating. According to the CDC, opiate overdoses claimed 50,042 lives in 2019, with over 40% of deaths involving a prescription opioid like oxycontin. In comparison, ketamine is a powerful pain reliever that has been used as an anesthetic since the 1960s, and there is some evidence that low-dose ketamine is as effective as opiates like morphine for controlling acute pain.

One of the most fascinating differences between ketamine and opioids is their effects on memory, which plays a huge role in managing pain and addiction. “Pain is a learned experience,” said Jeffrey Becker, a Bexson Biomedical co-founder and ketamine researcher. “Ketamine creates a psychological distance from pain so that it is [a] signal but not necessarily having a grip on your consciousness,” said Becker, “while opioids accelerate the development of chronic pain.”

Pain following surgery, a $12 billion market and the leading cause of opioid abuse and addiction, is “the gateway to an enormous amount of suffering and death,” Becker said. By targeting this gateway to addiction, Bexson hopes that patients who go home with their devices won’t need to use opioids—or at least be able to use less of them as a form of harm reduction, or “opiate-sparing” to use medical-speak.

“Ketamine is currently restricted to a hospital and that makes it very cumbersome,” agreed Dr. Nora Volkow, Director of the National Institute on Drug Abuse. While she was excited by the potential of wearable ketamine, she cautioned against idolizing it as a panacea—drawing a comparison to cannabis, another drug marketed as the “answer” to opioid addiction. “It’s like a fairytale: we want to believe in the magical properties, and ignore potential negative effects.”

“Pain is very challenging to treat and saying this is the solution that can address the opiate crisis is very simplistic,” Dr. Volkow continued. “It’s much more complex than that.”

Long-term ketamine use can also lead to kidney and heart problems, as well as memory loss. A recent Stanford University research study also raised the possibility that ketamine’s antidepressant effects work through the brain’s opioid system—a surprising finding that suggests a complicated interaction between depression, pain, and addiction that researchers are still unpacking. Still, as Dr. Volkow pointed out, the probability that someone will get addicted to an opioid is much higher. Bexson also cites several safety precautions, including making sure only one patch can be worn at a time to prevent someone from pasting devices all over their body—a (hilarious) hack I hadn’t even considered.

Wearable ketamine could be game-changing, but its ultimate dent on the public health crisis of opioid addiction remains to be seen. When I met a fentanyl addict recently and told him about wearable ketamine, he laughed at the idea, but told me that he had gotten hooked to painkillers after surgery as a teenager. Now, he’s trying to kick his dope habit—and using ketamine to help the withdrawal suck less.

“Maybe my life would have turned out different if I had gotten this wearable ketamine thing instead of Oxys?” he said slowly. “Yeah… maybe.”

Thanks To Resident Evil 3 And Monster Hunter, Capcom Expects To Make A Lot Of Money

This Life-Sized Thanos Bust Looks Amazing, Is Very Expensive, And Is Missing An Arm