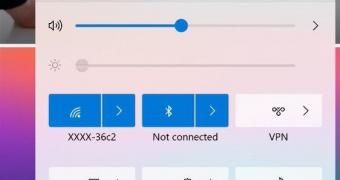 Windows 10 Mobile is already a dead platform, and so are all phones previously running it, including the Lumia 950 XL.

But this doesn’t necessarily mean these devices can be just thrown away, as they still come in handy whenever you want to run a quick experiment.

Gustave Monce did just that, as he managed to get Windows 10X up and running on the Lumia 950 XL. While it runs correctly, the operating system still needs a bunch of fixes to support all capabilities on the mobile device.

Of course, this project has been conducted specifically for the sake of an experiment, so don’t expect Lumia phones to come back from the dead just because Windows 10X was installed on one of them.

Windows 10X is Microsoft’s operating system built with dual-screen devices in mind, though Microsoft has already changed its mind and now plans to bring it to single-screen models too.