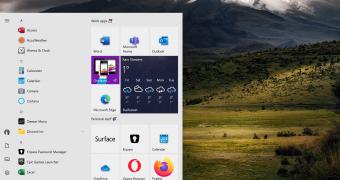 In addition, the company says the upgrade block preventing devices potentially affected by the problem has also been lifted, so these computers can now upgrade to Windows 10 version 20H2 through the typical official channels.

“After updating to Windows 10, version 20H2, you might receive the error in LSASS.exe with the text “Your PC will automatically restart in one minute” when interacting with any dialog window that lists users, for example accessing the sign-in options settings app page or the users folder in the Local user and groups MMC snap-in. This issue only affects devices in which any of the local built-in accounts have been renamed, such as Administrator or Guest. You might also receive an error in the Application Event log with Event ID 1015 that LSASS.EXE failed with status code C00… (read more)

Id Software Appears To Be Making a VR Game

56 mins ago
wpDiscuz
Share this Article
Email sent!
We use cookies to ensure that we give you the best experience on our website. If you continue to use this site we will assume that you are happy with it.OkNo