KB5001330 is a security update and it will download automatically, but the installation depends on the active hours and Windows Update settings configured by you. For those on version 20H2, this update will advance the system to Windows 10 Build 19042.928 and improve File Explorer.

Your device will be getting the same set of bug fixes if you’re using a year old version of Windows – version 2004 (May 2020 Update). However, the patch revision number would be different and the system will advance to Windows 10 Build 19041.928.

On version 20H2, Microsoft says users will see the following cumulative update when they check for updates:

With April’s Patch Tuesday, Microsoft is addressing problems with File Explorer and a serious issue that caused the Blue Screen of Death while printing.

For File Explorer, Microsoft is addressing a memory leak bug that could cause performance slowdowns. This fix was previously tested with Windows Insiders and those in the preview channel of the cumulative updates (i.e B and C monthly updates). 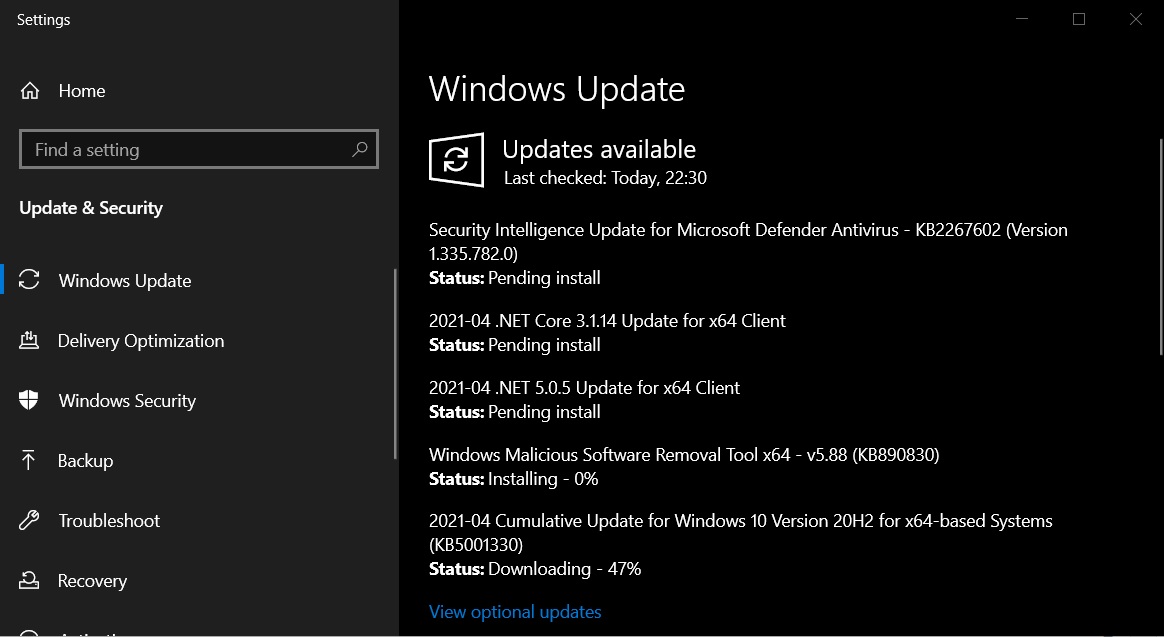 All these fixes are included in this month’s Patch Tuesday for Windows 10 version 20H2, version 2004 and older.

In addition to performance issues, Microsoft seems to have addressed a critical issue that could cause problems with the search bar in Explorer. According to our tests, the search filters feature would get stuck on some devices when users attempted to filter results.

In some cases, users will see a dialogue box with a “Computing Filters” error, while others have reported that the File Explorer window stops responding entirely.

it’s worth noting that the issue occurs when clicking on a column header to see a list of filters for date, type and size.

That’s not all and there are other important changes in this patch.