Windows 10 April 2021 update also comes with security fixes for at least five zero-day security bugs and over 102 vulnerabilities. According to the release notes, Microsoft has marked 19 security issues as “critical”, while 89 vulnerabilities are marked “important”. This patch also fixes Microsoft Exchange issues reported by the NSA.

In addition to these security fixes, Windows 10’s April 2021 update is also the first Patch Tuesday release to ship without Microsoft Edge Legacy. As you may already know, the legacy or UWP version of Edge has been discontinued and Microsoft is bundling the Chromium version instead.

To install the April 2021 cumulative updates, use these steps:

Applying the monthly cumulative updates will change the build number and Windows Experience Pack, but the OS version will remain the same. In case you’re on Windows 10 version 20H2, you’ll be getting Build 19042.928.

April 2021 Patch Tuesday update doesn’t come with any new features, but it includes plenty of security fixes and quality improvements.

According to the changelog, Microsoft has addressed numerous security issues, including a bug where Windows NTFS can be marked as dirty to corrupt the data when users try to reboot the company and run chkdsk (Check Disk) command. 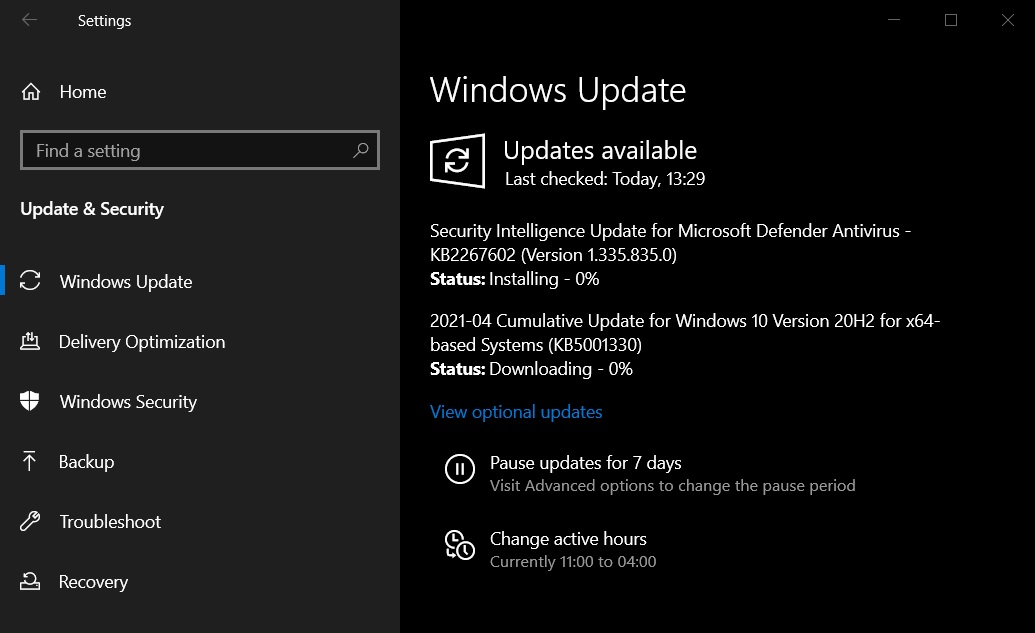 For example, Microsoft says it has fixed numerous issues with Explorer.exe.

As you may know already, the Explorer.exe process powers the taskbar, Action Center (notification area), and File Explorer.

In some cases, Explorer could start acting strangely or even hang due to high resources usage. You can always close and restart Windows Explorer, but restarting doesn’t always work for everyone.

Thanks to the feedback provided by testers, Microsoft has identified and patched the root cause of Explorer.exe issues, and applying the April update should improve overall system performance.

Other fixes in this cumulative update:

Windows 10 version 1909 is approaching the end-of-service period and users are required to update to the most recent version of the OS. However, Windows 10 version 20H2 is still blocked on some computers, especially when you have certain audio drivers installed and it’s not yet clear when the upgrade block will be lifted.

Microsoft will also force installing the October 2020 Update if you don’t update your supported device manually.

Last month, Microsoft dropped support for the original and EdgeHTML-based version of Edge. That version of Edge is now referred to as “Edge Legacy” and it has been superseded by a Chromium-based version, which also powers Google Chrome, Brave and other browsers.