With Windows 7, Microsoft added “Aero Shake”, a feature that lets you shake the window to minimize all open windows on your desktop except one. Aero Shake is easy to use and it can be accidentally triggered if users select the title bar of the window holding the left mouse button and shake the mouse back and forth quickly.

Aero Shake is essentially a multitasking feature and anyone can use it to minimize other open windows on the desktop to the taskbar except the one selected using the left mouse button. If you want to restore the minimized windows, you’ve to shake the title bar again and windows will reappear.

The problem with Aero Shake is that it’s a hit and miss process and it takes some practice to get used to it. Likewise, users can also accidentally minimize all of the open windows without realizing what happened.

Earlier this year, we reported that Microsoft is planning to discontinue the Aero Shake feature with Windows 10’s Sun Valley refresh. However, it seems like the feedback from testers justified its inclusion in Windows 10.

In the latest preview builds, the Aero Shake feature is now turned off by default. However, if you’re interested in the multitasking feature, you can enable the feature by navigating to the multitasking settings page, as shown in the screenshot below. 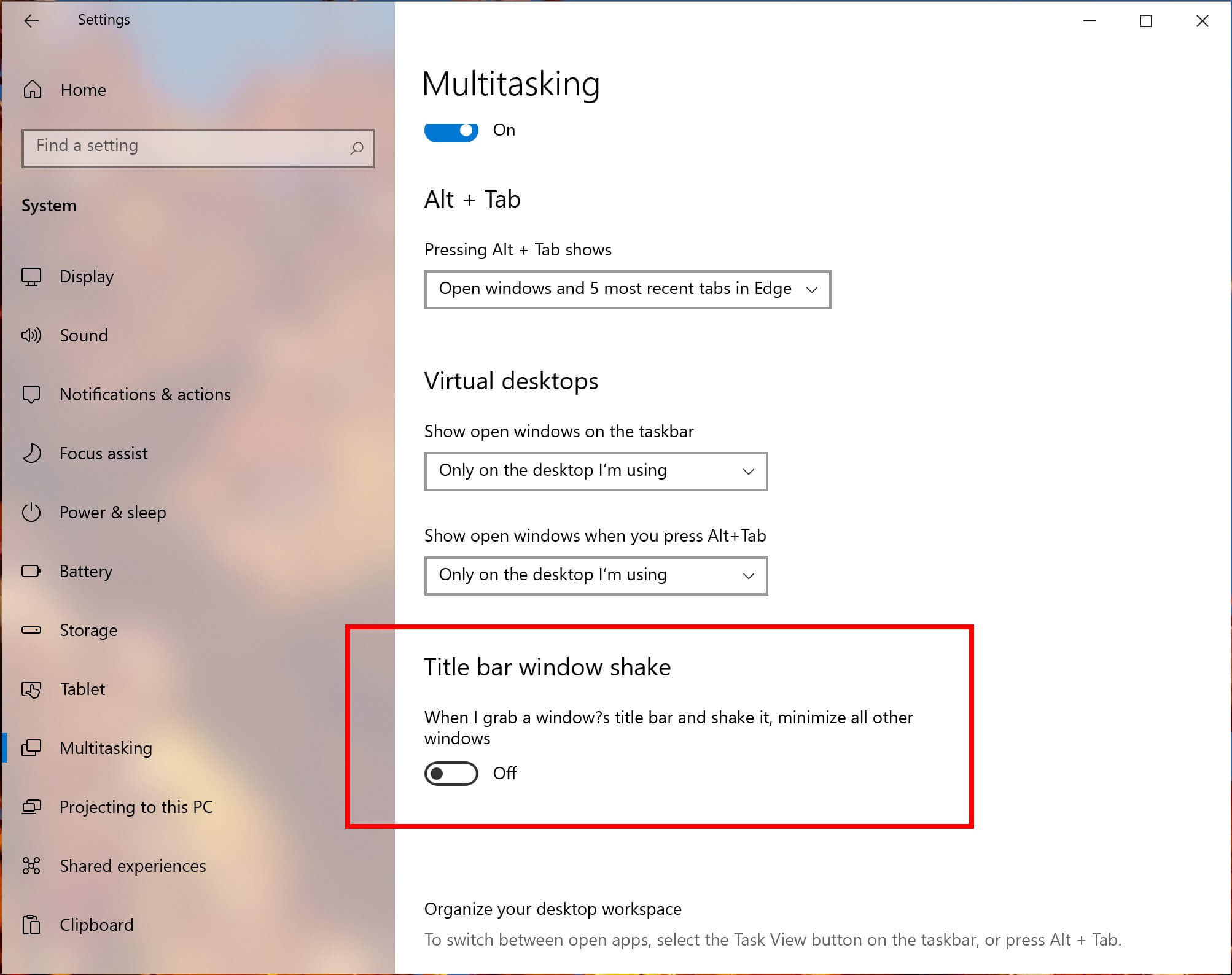 For advanced users, it can be enabled via the Registry Editor. To turn on the feature using Registry Editor, users need to create a “DisallowShaking” DWORD entry and use the value of zero.

At the moment, it’s not clear if there are any plans to improve the reliability of the Aero Shake feature.

It also appears that Windows 10 Sun Valley Update will include new multitasking controls.

For example, there’s a new multitasking feature that will allow you to drag app windows to corners of the screen and they’ll resize automatically to enable a “side by side” multitasking experience, internally known as “Snap-based task group”.

This feature will allow users to easily use multiple apps, especially on touch-enabled devices.