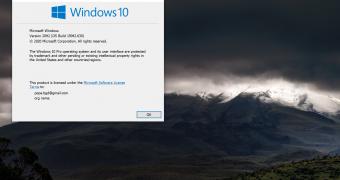 Windows 10 version 20H2 is still on its way to some devices out there, as the rollout is obviously under way as we speak, though as we learned from the previous feature update releases, it typically takes up to several months for a specific version to reach the general availability stage.

But while this happens, Microsoft needs to deal with all the issues that users are coming across, and to do this, the company turns to so-called compatibility bugs for a feature update.

In other words, if Microsoft determines a specific issue could hit your device, the company blocks a Windows 10 version from being offered on Windows Update, thus making sure that fewer computers are actually impacted when a new glitch is discovered.

This is without a doubt the correct approach, and while it may be frustrating for some of those not getting an update, it’s one way to prevent major issues.

And these major issues could include a fatal crash too, as it’s the case of a Thunderbolt-rel… (read more)