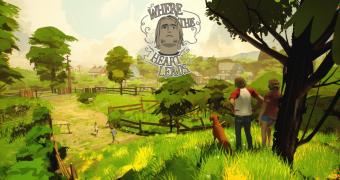 Where the Heart Leads is an upcoming title developed by Armature Studio, a group of AAA veterans known for their work on famous franchises like ReCore, Metroid Prime, and Dead Star. The game was officially unveiled earlier this week during PlayStation’s Indie Day and should be out on PlayStation 5 and PlayStation 5 via backwards compatibility on July 13. A physical version of the game will be launched on the same day courtesy of Perp Games.

If what developers claim is true, Where the Heart Leads could be a huge game. Featuring a 600,000-word script, the game promises to offer players thousands of choices and dozens of endings across a twisting, gut-wrenching story. For the sake of comparison, Disco Elysium allegedly contains around 1 million words, and we all know how big that game is.

Anyway, Where the Heart Leads tells the story of husband and father Whit Anderson who unintentionally tumbles into a journey through time while he was trying to save the family dog. … (read more)