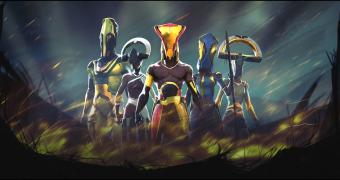 I have fought poachers, some able to rain down fire on my squad. I took on one alien, hard to damage and able to debuff my troops. I never felt that defeat was coming. But I repeated a whole mission to make sure that my pet Raun was not hurt. And that type of emotional connection is clearly what We Are The Caretakers wants to create.

The title mixes squad-based tactics mechanics with a solid narrative element. It is both developed and published by Heart Shaped Games, available on Steam via its Early Access element.

We Are The Caretakers works on three layers. A headquarters is where players upgrade their units, deal with captured enemies and other choices, work on equipment or recruit new forces. It’s all pretty standard XCOM like concepts, well-executed.

When a mission is launched gamers need to explore a map, split into sectors, using their squads, all in real-time. To move from one area to another the characters need to scout or even remove obstacles. Squads ca… (read more)