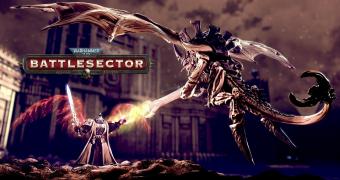 The Blood Angels Space Marines like the red and iron-rich liquid that flows through human veins. I’m not sure how they feel about Tyranid stuff, which is mostly green and acidic, but their lust for blood makes them fearsome warriors. And during two missions of the new Warhammer 40,000: Battlesector I had a lot of fun using bolters, special powers, and fire to cleanse the universe of alien scum.

The coming title is developed by Black Lab Games and published by Slitherine. It uses a very classic take on turn-based strategy concepts with the added flavor of the Warhammer science-fiction setting. Players control a variety of squads of Blood Angels, including but not limited to: Intercessors, Hellblasters, hero, Land Speeders, and Assault Marines.

The names are a little unfamiliar because the game integrates the new Primaris units. But they are all superhuman soldiers encased in powerful armor who can handle impressive amounts of damage while taking down nearly any enem… (read more)