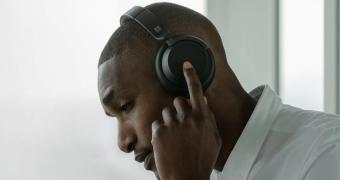 Microsoft’s spring hardware event, which could take place in the coming weeks, is likely to witness the debut of several new devices, including the Surface Laptop 4 and a series of other accessories.

And according to a recent report, one surprise appearance could be an updated version of the Surface Headphones, though this time, the whole thing comes with both good news and bad news.

First and foremost, the new model will be called Microsoft Surface Headphones 2+, and if you’ve been keeping an eye on Microsoft’s hardware announcements lately, you probably figured out the purpose of this product already.

Just like the Surface Pro 7+, which was announced recently as a hardware refresh to the Surface Pro 7, the new headphones would be specifically aimed at commercial customers, so in theory, they wouldn’t be available for consumers.

Only available in black?(read more)