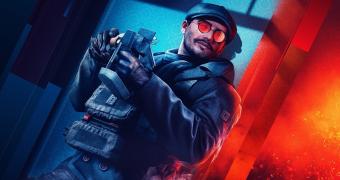 There’s no resting for Rainbow Six Siege players, as Ubisoft has just taken the wraps off Year 6 content, which will debut soon with operation Crimson Heist. The first new piece of content for fans of Ubisoft team-based shooter will bring a new Attacker, Flores, as well as a secondary weapon and a rework for the Gonne-6 and Border map.

While the new Attacker will be available at launch through the Crimson Heist Battle Pass as the first unlock of the premium track, those who don’t pay for the premium pass will be able to unlock the new class with Renown or R6 credits two weeks later.

Naturally, the Gonne-6 and Border map rework will be available for free to all players at launch, along with the Match Replay feature, which will enter its beta phase on PC.

As far as the new Attacker goes, Flores is a medium-speed, medium-armor attacking Operator from Argentina. He’s using RCE-Ratero gadgets to clear out Defender obstacles, including barricades, shields, and barbed wi… (read more)