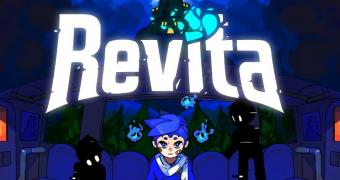 Revita is the new project developed by BenStar aka Benjamin Kiefer. Published by Dear Villagers, the new game is set to release for PC via Steam in 2021. The first full trailer of the fast-paced twin-stick roguelike platformer has just been released today, as well as information about the Early Access version.

“Some people spend their time playing games in the genres they love, I prefer to make them! This game is a love letter to action platformers, roguelites, twin-stick games and the people who play them,” said Benjamin.

As the title says, Revita is a twin-stick roguelite where players must climb an ominous clock tower through a series of procedural encounter rooms and past challenging boss fights on their way to reclaiming their lost memory.

Since this is a roguelite, players will be able to trade health for randomized upgrades as they progress through the clock tower. Naturally, each run is unique, as players will have to battle through an almost infi… (read more)