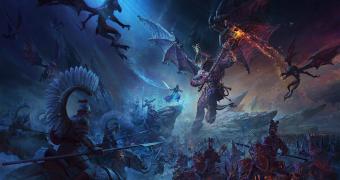 SEGA’s studio responsible for the Total War series, Creative Assembly, introduced a brand-new game that promises to offer a wider selection of individual races than any previous core title in the franchise. Total War: Warhammer III is coming to PC, Mac OS, and Linux in 2021, although an exact release date hasn’t been revealed yet.

A cinematic trailer launched early this week shows some of the races players will encounter in Total War: Warhammer III, and before you ask, no, the game is not set in the Age of Sigmar. Just like the other two Total War: Warhammer games, the third one is set around the reign of Karl Franz. The primary source is Warhammer Fantasy Battles 8th Edition.

Perhaps the most ardent question that many of you have is what races will be available in Total War: Warhammer III at launch. Well, that’s easy to answer because developer Creative Assembly has already revealed the deep within the realms of Chaos the four Ruinous Powers of Nurgle, Slaanesh, T… (read more)

Microsoft confirms ‘next generation of Windows 10’ is incredible