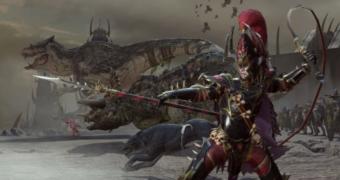 To get the new hero, players must log in to Total War Access from March 18 onward, click on the icon for Rakarth and follow the steps to link their Steam account to claim the item to make it appear in the game.

Rakarth is a Dark Elf, also known as Beastlord Rakarth of Karond Kar. His gift for taming beasts is unrivaled as he managed to calm the Black Dragon Bracchus with only a piercing stare. It also helped the fact that they share the same lust for carnage and cruelty.

Total War: Warhammer 2 veterans are most likely interested to know what playstyle Rakarth players must adopt to fully take advantage of the hero’s powers and abilities. Well, acc… (read more)