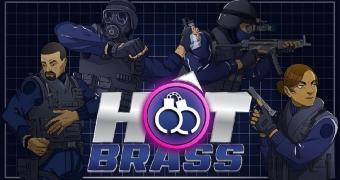 Hot Brass is an upcoming top-down tactical shooter in the same vein as Hotline Miami and Door Kickers, but with a twist. Developer Walk with Kings has just announced that the game will launch on PC (via Steam) and Mac OSX on February 26.

Those who’d like to try out the game before it launches later this month will be able to do so thanks to the free demo that will be available during the Steam Game Festival starting on Wednesday, February 3.

Hot Brass is not just a top-down tactical shooter, as developers have added support for up to four players in local or online co-op. You’ll be playing as an elite SWAT operator and your mission is to defuse dangerous situations without loss of life.

Obviously, the game requires players to think fast and use their tactics and gadgets to master the challenging missions thrown at them while saving lives at the same time. For each mission with zero infractions and zero casualties, players are rewarded with perfect scores.