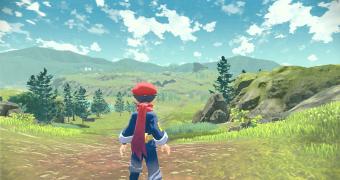 During a Pokemon Presents video presentation over the weekend, The Pokemon Company revealed three new games coming to Nintendo Switch in 2021 and 2022. Later this year, fans of the franchise will be able to play Pokemon Brilliant Diamond and Pokemon Shining Pearl, while in early 2022 a third game called Pokemon Legends: Arceus is scheduled to arrive.

In Pokemon Brilliant Diamond and Pokemon Shining Pearl, players can once again visit the Sinnoh region, which was initially introduced back in 2006. These two games are faithful remakes of two iconic Pokemon games: Pokemon Diamond and Pokemon Pearl.