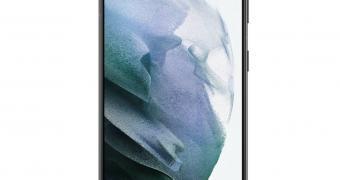 Samsung is working around the clock to bring the new Galaxy S21 to the market as soon as possible, and people familiar with the matter say the device could see the daylight as soon as January.

This is obviously earlier than anticipated, as Samsung typically took the wraps off the Galaxy S in February and then started the actual sales in March, so this time, the South Koreans are moving faster and want to give the new S21 one extra month on the market.

If the rumor mill is accurate, the unveiling could take place on January 14, while the device would hit the shelves later the same month, possibly on January 29 or January 30.

Samsung has obviously remained completely tight-lipped on the S21, though the company dropped hints it’s planning a big January announcement.

“True to our heritage of staying ahead of the curve with trailblazing mobile tech, we’ll be expanding our portfolio of foldables, so this groundbreaking category is more accessible to everyone. And while… (read more)

Netflix Buys New Film From Spider-Verse Producers, The Mitchells Vs. The Machines

25 mins ago
wpDiscuz
Share this Article
Email sent!
We use cookies to ensure that we give you the best experience on our website. If you continue to use this site we will assume that you are happy with it.OkNo