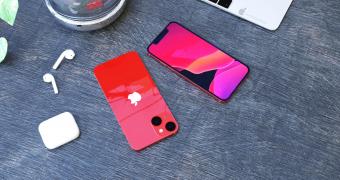 Apple launched the first iPhone mini back in the fall when it announced the new iPhone 12 family, and information that’s making the headlines these days indicate the device would receive a series of welcome updates for 2021, including a smaller notch.

In other words, the iPhone 13 generation could be the first one to benefit from a smaller notch, a change that we’ve kept hearing about but which is yet to happen.

Renders published by Svetapple show the new iPhone 13 mini with the smaller notch and upgraded cameras, with the device envisioned in the shiny red finish that makes it quite a looker.

While the iPhone mini is still a new product, as it was officially unveiled last fall, it looks like Apple is already considering giving up on it completely.

Earlier this year, people familiar with the matter revealed that sales of the iPhone 12 min… (read more)