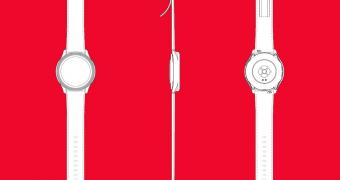 OnePlus is one of the companies drooling over the success others are currently having in the smartwatch business, so it’s now working on its very own rival to the Apple Watch.

While a OnePlus smartwatch has been rumored for quite a while, very little information has reached the web in the past, so we knew very little about it until now.

But design sketches shared by OnePlus with the German patent and trademark office and discovered by the folks over at TechnikNews provide us with an early look at the smartwatch from several angles.

At first glance, it looks like OnePlus wants to build two different versions of the same watch, and if I were to guess, I’d say the company could end up launching a standard model and a sport edition. This is because one of the watches comes with what appears to be a silicone strap, and this is typically something that makes more sense for devices supp… (read more)