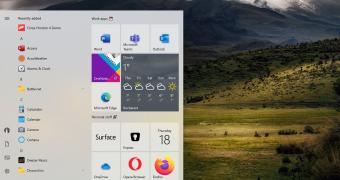 Microsoft has recently confirmed Windows 10 version 21H1, and one of the things that not everybody anticipated is the way it’ll be shipped.

Version 21H1 won’t be a major update, but a smaller release similar to version 20H2, so it’ll come in the form of a quality update published on Windows Update. Many call this a service pack-like approach, and in some regards, it really is, especially because the focus is on improving the performance of the operating system and less on new features.

But according to John Cable, Vice President, Program Management, Windows Servicing and Delivery, Microsoft is also working on a set of new features that will come to users in version 21H1, and they are all based on feedback.

“Windows 10, version 21H1 will have a scoped set of features improving security, remote access and quality. The features we are releasing in this upd… (read more)