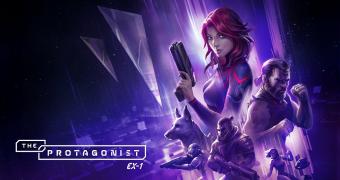 The Protagonist is a game where a dog can use his teeth to take down an alien drone that can shoot energy charges. Where close-quarters combat moves can take down the same enemies. Where longer-range weapons mostly miss and make the combat feel repetitive, lacking any excitement.

The experience mixes role-playing and tactical combat but fails to introduce much new in the way of ideas to either genre. The Early Access version of the title has one interesting concept that seems half-backed and others executed adequately.

The story is built around an operative named Angel, sent to infiltrate an alien spaceship. She quickly meets other team members as she aims to explore it and find more information. The writing is limited but serves the purpose of pushing players forward, most of the time.

The combat system is turn-based. Each character can move and then take usually two support or offensive actions. The team has hacking, healing, and sabotage options to use. But mos… (read more)