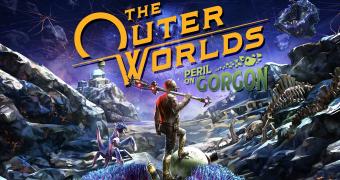 Publisher Private Division and developer Obsidian have finally released the first DLC for The Outer Worlds, Peril on Gorgon, on the Nintendo Switch. This is the last platform to get the DLC, which was initially launched on PC, PlayStation 4, and Xbox One (also playable on PlayStation 5 and Xbox Series X/S via backwards compatibility).

Those of you who bought The Outer Worlds on the Switch might as well pick up the new DLC too since it introduces new characters and a new zone. Peril on Gorgon is now available for purchase from the Nintendo eShop for $14.99, but if you liked the base game, why not buy The Outer Worlds Expansion Pass bundle?

The Outer Worlds has been seriously downgraded graphics-wise to make it work on the Switch, and even that wasn’t enough to make it run smoothly on Nintendo’s gaming platform. Anyway, if you’re looking to continue your adventu… (read more)