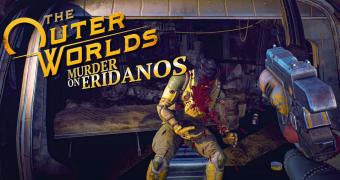 Discover a host of weird characters and edgy locations. Try to solve a murder mystery that has twists and turns but mostly runs on ridiculousness. Take down some powerful enemies. Get lost. Read comics. Kill Sprats with new science weapons to get rid of that awful chattering sound.

This is the second downloadable content pack for The Outer Worlds, the action role-playing game created by Obsidian. It adds one major new location to explore and can be bought on all platforms on which the original is available. The story revolves around a dead Halcyon Helen (actual name Ruth Bellamy, most characters can’t really separate drama from reality) and the possible killers. The Eridanos location is well-built, with varied discrete areas to explore.

The characters mostly work from a narrative standpoint, although Obsidian never seems to fully nail the balance between humor and horrific consequences. There’s also a weird narrative separation between the DLC’s plot and what happe… (read more)