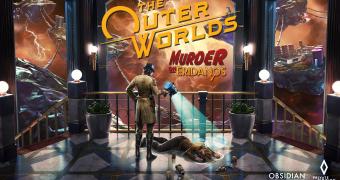 If you haven’t yet bought the season pass or the first DLC, Peril on Gorgon, know that you can purchase and play Murder on Eridanos individually. The latter is a separate story that doesn’t tie in with the first DLC, although we strongly recommend playing Peril on Gorgon since it expands on what the base game had to offer gameplay-wise.

Anyway, Murder on Eridanos focuses on a murder mystery. Halcyon Helen, a popular celebrity in the colony is brutally murdered, so it’s up to you to discover who’s behind this abominable deed. The upcoming DLC introduces the new Discrepancy Amplifier, which allows players to highlight temporal inconsistencies not otherwise seen with the naked eye.