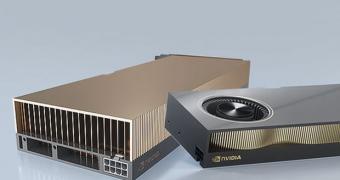 NVIDIA has just rolled out its 2nd RTX/Quadro graphics driver, namely 461.09, which adds support for the producer’s latest A40 GPU and implements a new Multiplane Overlay feature that allows the GPU hardware to composite the final image planes.

In addition to that, the current release also includes new security updates for driver components, adds High Dynamic Range (HDR) support for tiled displays, and implements several other changes as highlighted in the Release Notes below.

In terms of compatibility, the producer has provided two downloadable packages (one DCH and one Standard) targeted at the 64-bit variant of Microsoft Windows 10 operating systems, both desktop or notebook configurations.

Moreover, NVIDIA has also released two additional files suitable for Microsoft’s Windows Server 2012 R2, Server 2016, and Server 2019 platforms. However, take into account that these two files are only to be used on desktop configurations.

With this in mind, if you intend t… (read more)