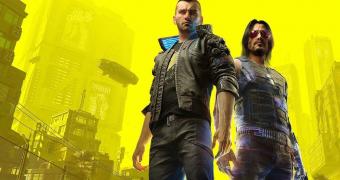 The last month of 2020 is upon us and although it’s filled with lots of interesting releases in the indie segment, there’s only one game that everyone will probably want to play: Cyberpunk 2077. After a couple of delays, CD Projekt RED has set the new release date for its upcoming RPG to December 10. Still, we have quite a few other games coming out until then, so if you’re not exclusively waiting for Cyberpunk 2077, you might want to read further.

Two days later, another interesting indie title, El Hijo – A Wild West Tale releases on PC and Google Stadia. Per Aspera is coming out on PC on the same day, alongside Phogs (PC, Xbox … (read more)

Scott Pilgrim Vs. The World: The Game – Complete Edition Review

47 mins ago
wpDiscuz
Share this Article
Email sent!
We use cookies to ensure that we give you the best experience on our website. If you continue to use this site we will assume that you are happy with it.OkNo