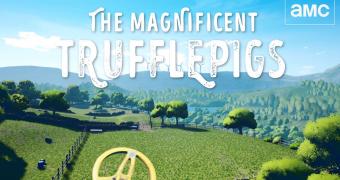 Featuring British actor Arthur Darvill (Doctor Who, DC’s Legends of Tomorrow) who voices the lead character, The Magnificent Trufflepigs is the first game developed by U.K.-based studio Thunkd. The game promises dramatic story choices with metal-detecting mechanics, yet from the official trailer, we’re definitely getting some Firewatch and The Vanishing of Evan Carther vibes, which is no surprise considering this is coming from the lead designer of Everybody’s Gone to the Rapture.

In The Magnificent Trufflepigs, players step into the shoes of Adam, a sharp-witted but compassionate man returning to his childhood village of Stanning. There he joins a woma… (read more)