The riots at Capitol Hill were streamed live across the internet. Far-right personality Tim Gionet, known as Baked Alaska, was there and streamed the riot for an hour, starting outside of the capitol before moving inside the building and interviewing participants. “Happy, happy day,” Gionet said at the beginning of his stream while police sirens wailed in the background. Now, the FBI is using footage from his livestream to track down Capitol Hill rioters in a self-own for the ages.

The FBI has put out several calls for help from the public as it continues to prosecute the Capitol Hill rioters, including a call for information about the well-known conspiracy theorist Jacob Chansley, also known as Jake Angeli and the QAnon Shaman. This latest call includes 10 photographs with at least two, photograph 74 and 76, pulled from Gionet’s livestream.

Gionet is a former Buzzfeed employee turned far-right media personality. Gionet has been kicked off most major social media platforms for various offenses, including getting banned from Uber for expressing white supremacist views. On January 6, he streamed the Capitol riots onDLive, an alternative to Twitch, from which he was also banned.

DLive suspended Gionet’s account after the Capitol riots and removed his video, but archivists had already saved copies of it. Gionet moved through the Capitol building with confidence, talking to his fellow rioters and joking around. Viewers chimed in with comments that ran in a scroll on the left side of the screen. “GET PELOSI’S COMPUTER,” one user wrote.

Here are screengrabs from Gionet’s stream: 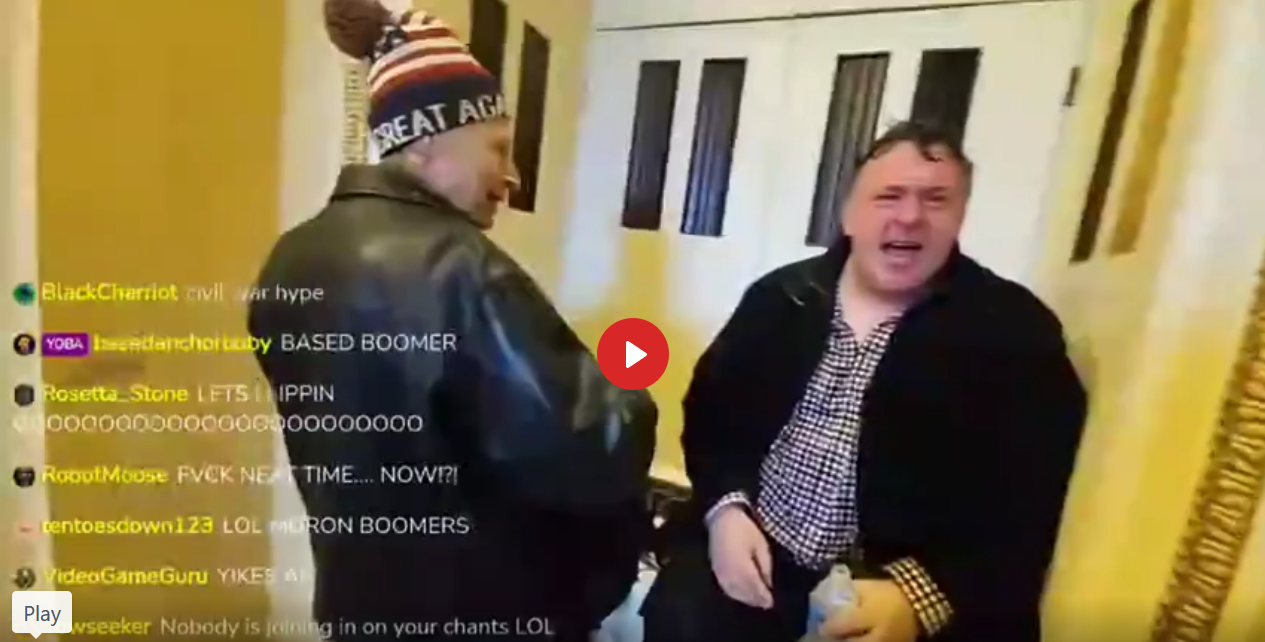 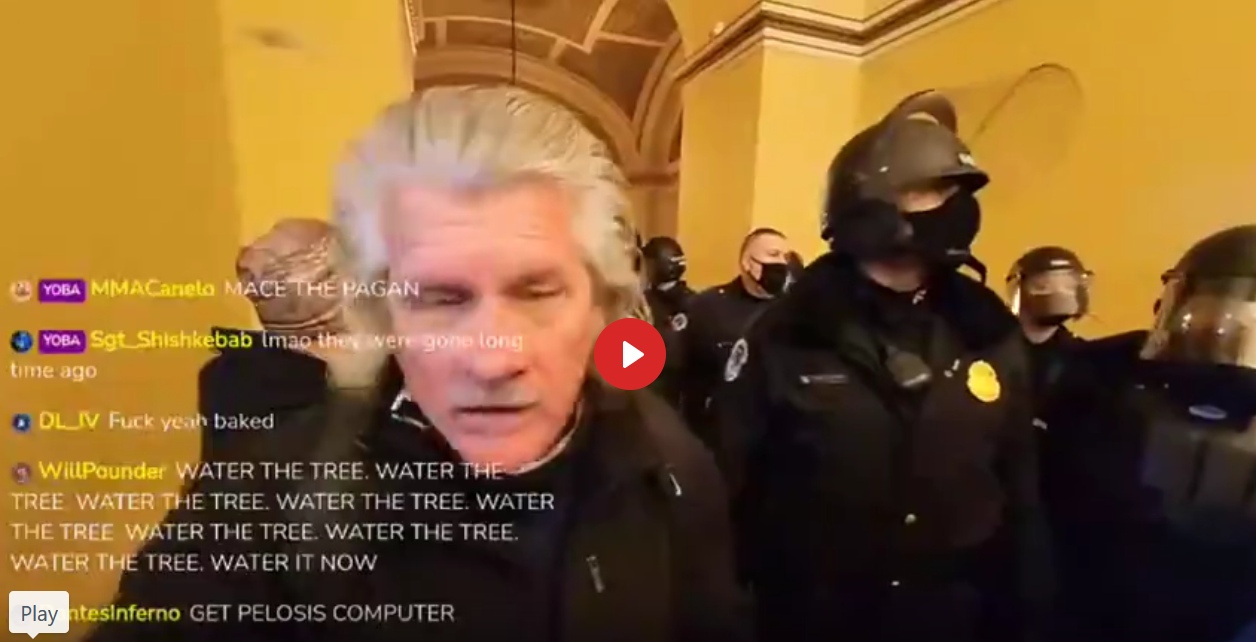 And here are the same images, from the FBI poster: 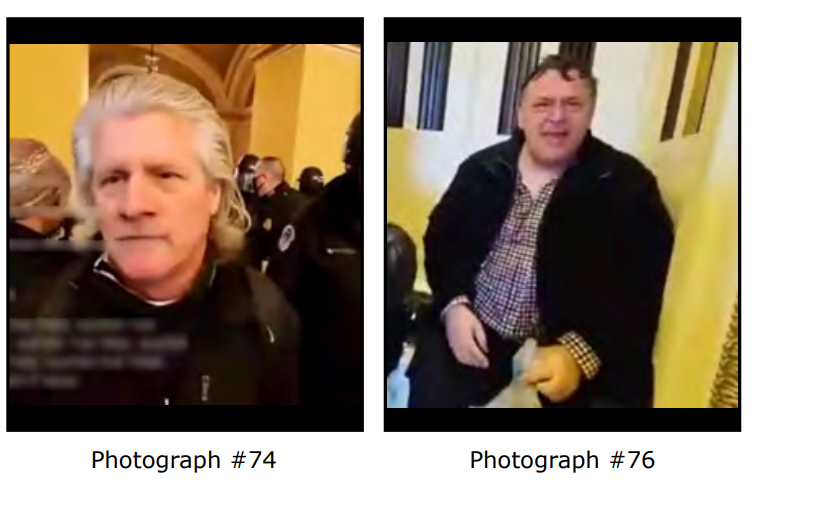 Thirty minutes into Gionet’s stream, he picked up a phone in a congressional office. “Let’s call Trump,” Gionet said, pointing at a landline. “Let’s tell Trump what’s up.”

Gionet is not currently facing charges stemming from his involvement in the Capitol Hill riots, but is facing an assault charge in Scottsdale, Arizona. On December 10, Gionet allegedly maced a bouncer for kicking him out of a Scottsdale club. Arizona authorities released Gionet without bail, but prosecutors have asked a judge to revoke his release.

Pirate Streamers Save UFC 257 After ESPN+ Collapses Under The Load