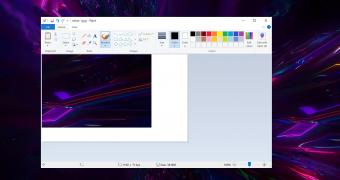 The Paint 3D push has pretty much failed, and Microsoft itself has more or less acknowledged the whole thing, with the company recently confirming the app would no longer be pre-loaded with Windows 10.

Furthermore, the Paint 3D app would be moved to the Microsoft Store, just like the classic Paint app, a decision that would technically make it possible for Microsoft to roll out software updates at a much faster pace.

But most recently, Microsoft has reportedly removed the “Edit with Paint 3D” button from the Paint app’s ribbon, essentially separating the two because, after all, they would both continue to live on in Windows 10.

Paint and Paint 3D in the Microsoft Store

This decision doesn’t necessarily come as a big surprise, as Microsoft has recently revealed that some of the apps coming pre-loaded with Windows 10 woul… (read more)