The best set-top boxes 2020: the top PVRs to enhance your TV

These days, many of us watch a healthy mix of live TV and streamed content – and the best set-top boxes of 2020 make it easier to keep on top of your favorite shows, whether you’re counting down the days to the return of the Premier League or flicking through Netflix for your next movie fix.

Set-top boxes – or PVRs (Personal Video Recorders) – allow you to record live TV to watch later, so you never have to miss out on your favorite programmes or spend ages trying to find the latest episode on a catch-up service.

While their popularity has dwindled over the years as more of us get hooked onto catch-up and streaming services like Netflix, the best set-top boxes give you the best of both worlds, allowing you to record live TV and access the best streaming platforms in one neat package.

There are a lot of options out there when it comes to picking the best set-top box for you, which is why we’ve put together this handy list of the very best models you can buy in 2020. 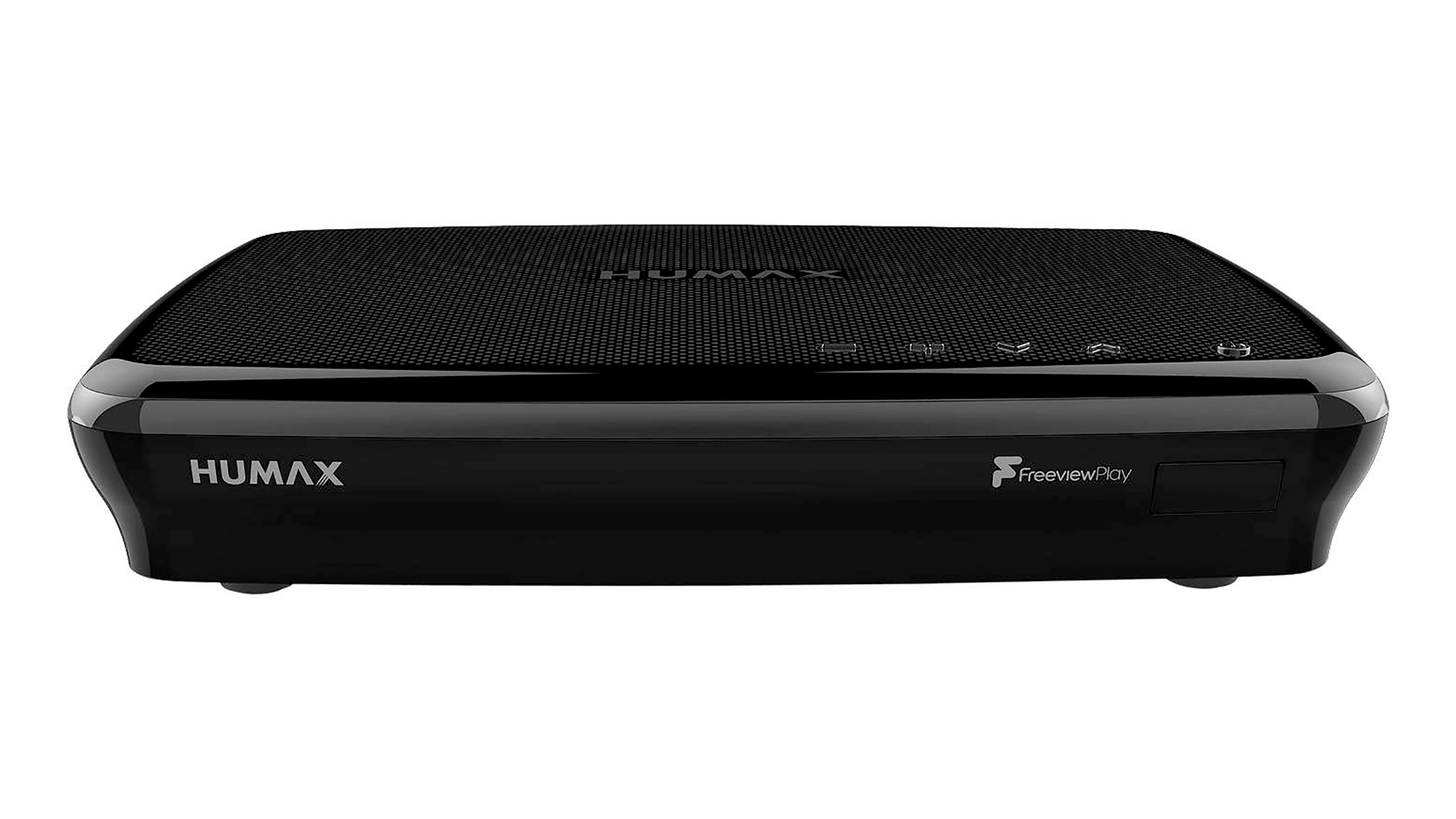 Humax is one of the main names in the world of PVRs, and the FVP-5000T is the best set-top box you can buy right now. Put this nifty device under your TV and you have one of the best hubs for home entertainment money can buy.

There are three models to choose from. The entry-level model has a 500GB hard drive, but there are 1TB and 2TB versions if that is just not enough for your TV habit.

A multi-tuner array lets you record up to four programmes (or matches) at once and the 2TB Humax FVP-5000T can store a massive 500 hours of HD content. Or 1000 at SD quality.

The Humax Live TV app for iOS and Android also lets you set recordings using your phone, and even stream TV to it directly.

As it uses Freeview Play, the Humax FVP-5000T lets you access all the major UK catch-up services, as well as Netflix and YouTube. 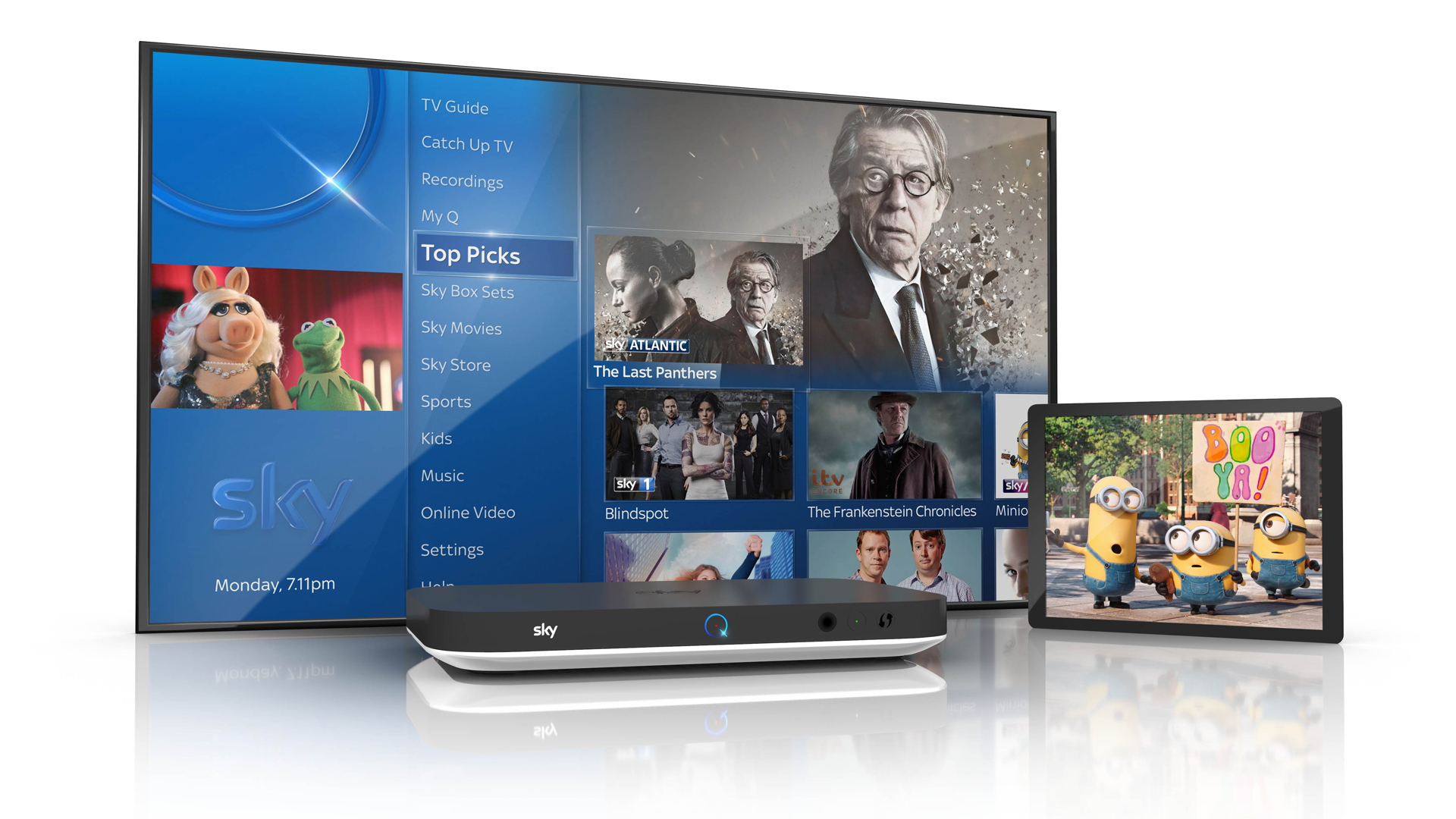 If you want the very best TV recording experience, no matter the cost, check out Sky Q – once you’ve tried this service, it’s hard to go back.

Sky Q lets you watch TV and recordings on your phone or tablet, and stream content to other Sky boxes around the house. It’s the multi-room PVR.

Get the top-end 2TB Ultra HD Sky Q box and you can record a massive six programmes at once while watching a seventh. You get a high-tech Bluetooth remote too.

There is, of course, a bigger investment involved than with a standard set-top box, though, as you need to pay for a basic Sky TV subscription package, as well as other optional extras like Sky Sports.

But, if you want your set-top box to do more, Sky Q really is something special. 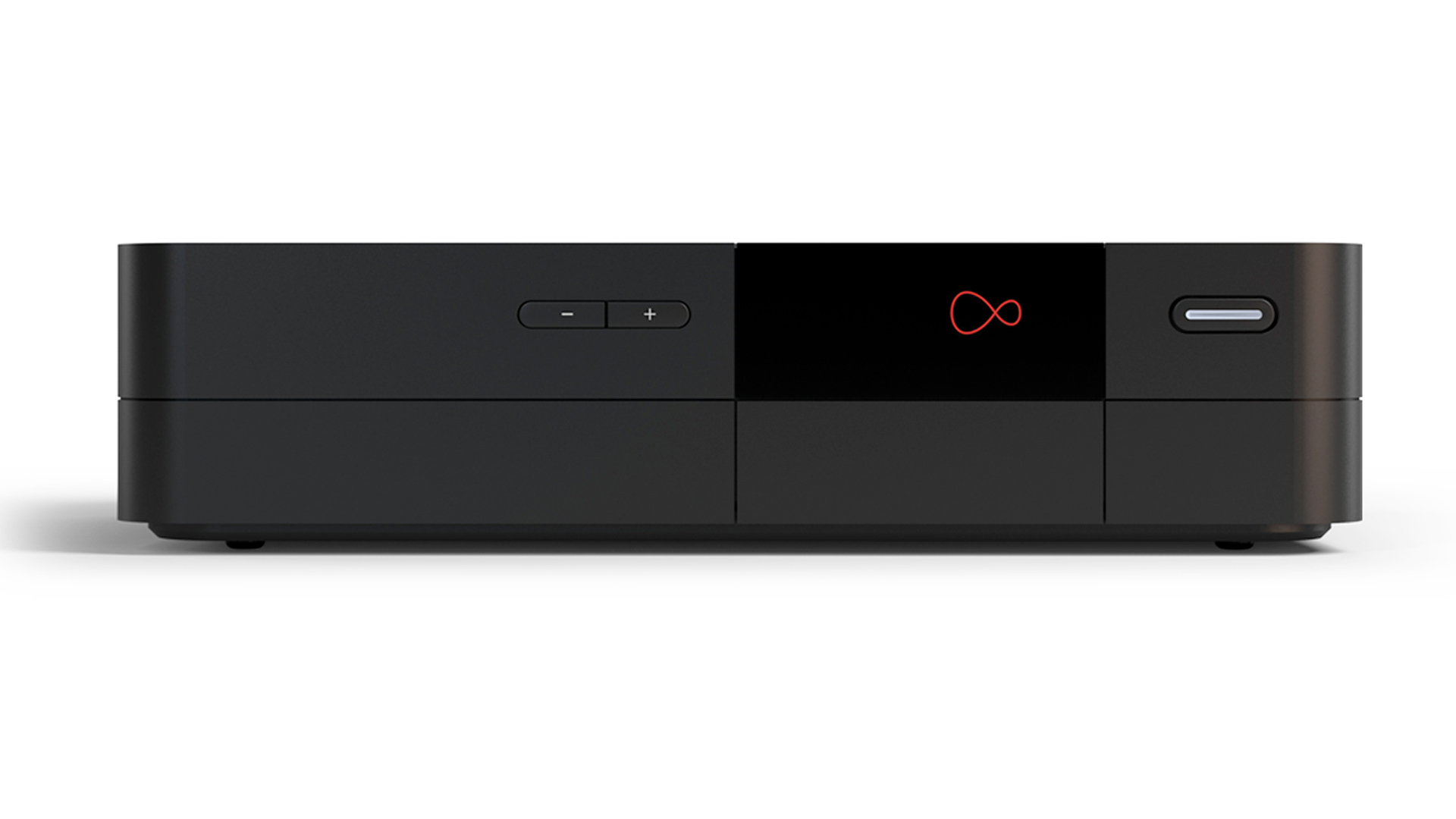 It’s significantly better than most stand-alone set-top PVRs. First, it can record six programmes at once (and lets you watch a seventh). It’ll play Netflix and YouTube at 4K resolution and the 1TB hard drive can store 500 hours of SD TV, or 100 at HD quality.

You can stream TV and recordings to a phone or tablet too.

But is it that much cheaper than Sky Q? You’ll pay £22 a month for the basic Mix TV package, which offers 150 channels including Sky One, Fox, and of course the terrestrial channels we need for the World Cup. There’s a £20 “set up” fee too, but that’s a lot less than the £199 you’ll pay for Sky’s Ultra HD 2TB box. 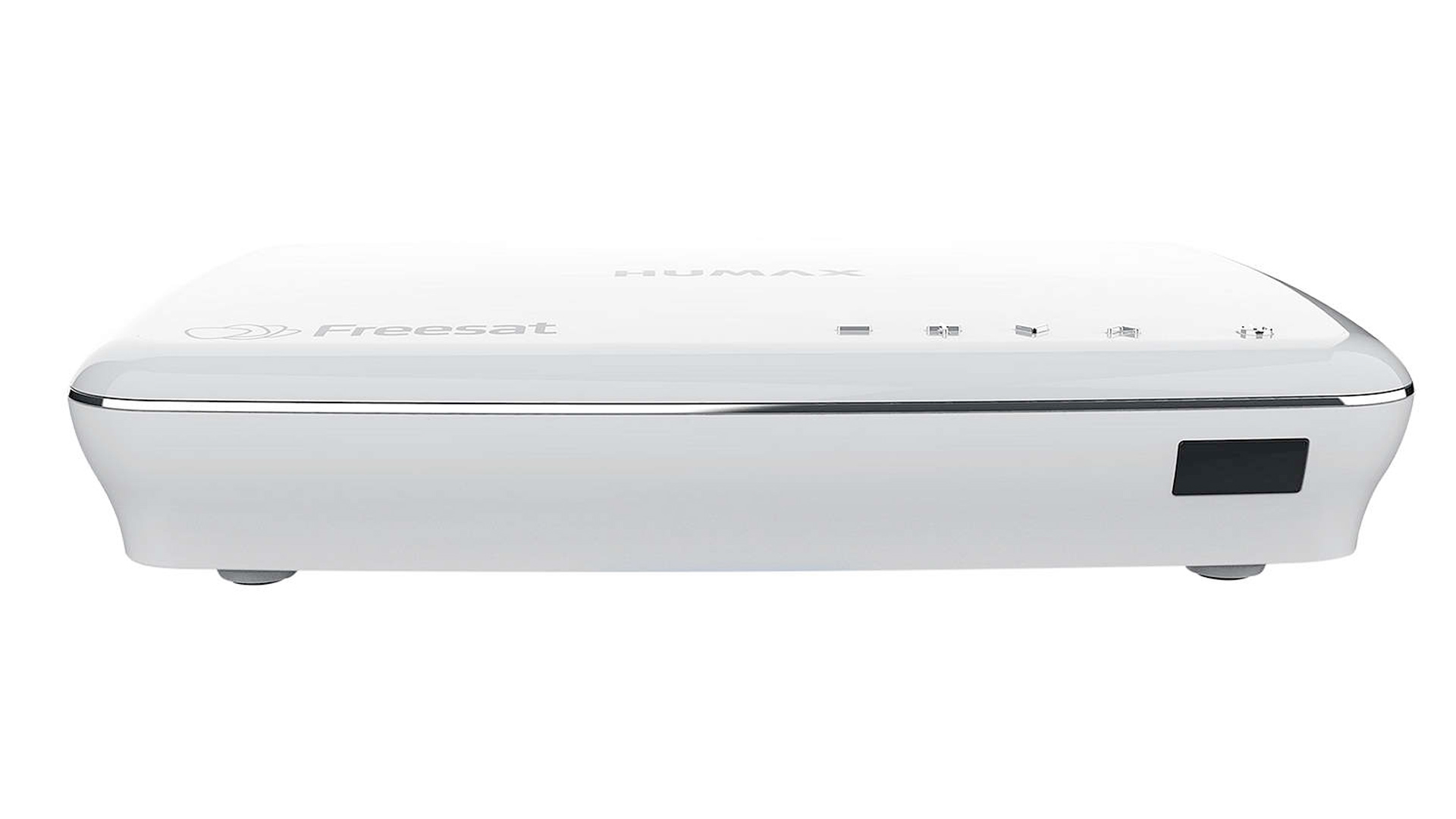 Is the Freeview signal weak in your area? You need a Freesat PVR like the Humax HDR-1100S. This uses a satellite dish instead of a standard antenna to receive the TV signal, which means it’s the best set-top box for patchy signals.

Like the Humax FVP-5000T you have a choice of 500GB, 1TB and 2TB models. You just have to decide how much you want to store. Want to keep the entire 2018 World Cup for posterity, including all the pre-match prattle? Look for the 1TB version.

You can record two programmes at once using the Humax HDR-1100S, and check out the TV guide and set recordings using the Freesat phone app. 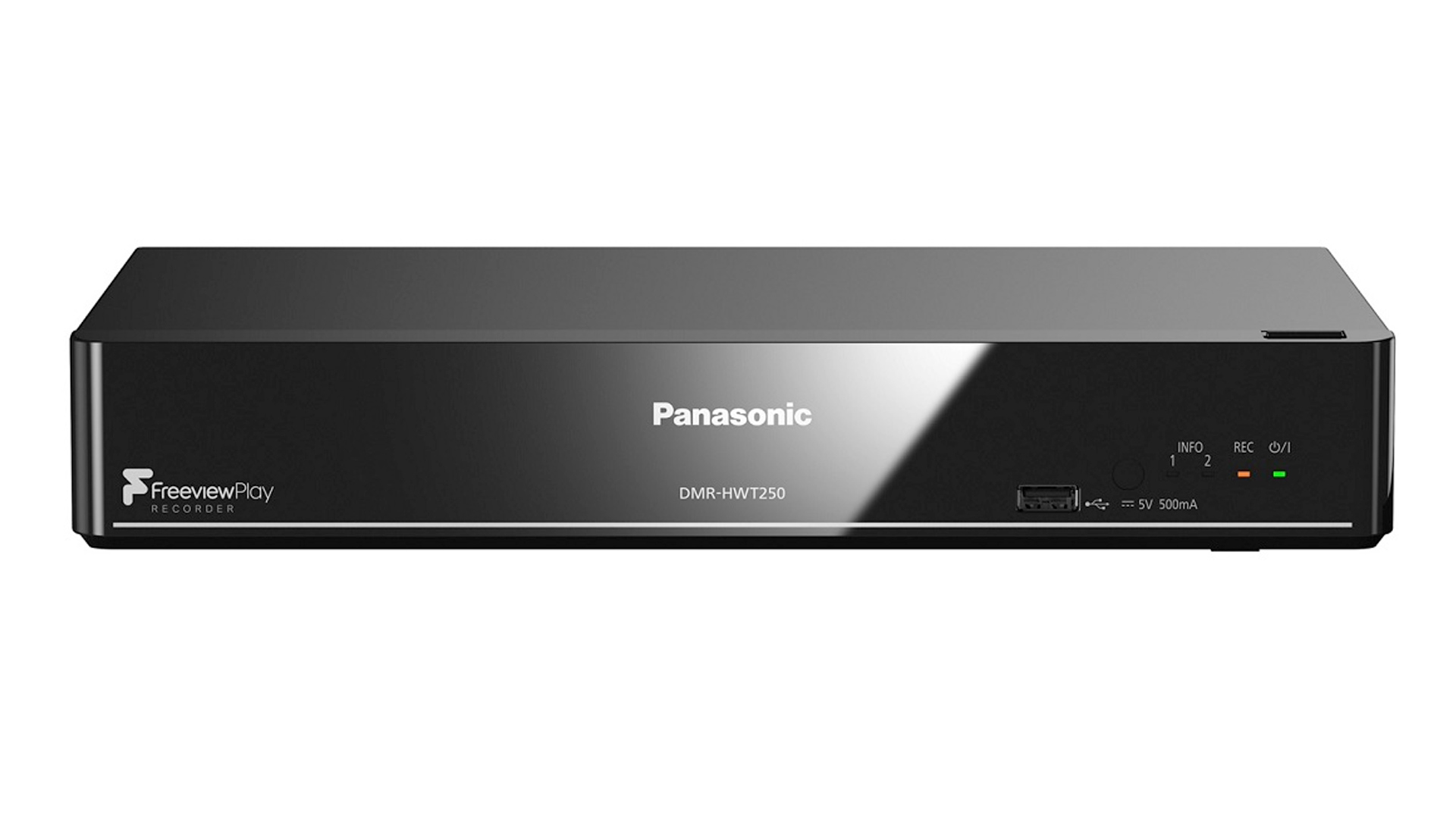 The Panasonic DMR-HWT250EB is a sleek-looking alternative to the Humax FVP-5000T. But what’s different with this set-top box?

It’s a Freeview Play and Freeview HD recorder, so you get the same channels and the same access to secondary services like YouTube and Netflix. It only lets you record two programmes at once rather than four, but also has a few extra tricks.

The Panasonic DMR-HWT250EB can play 4K video through its USB port, a great extra for those with 4K TVs. It also has special long play recording modes that chip down the amount of storage your shows take up.

You can fit up to 684 hours of HD content on its 1TB hard drive, instead of the 259 hours you’ll get directly capturing the Freeview HD feed. 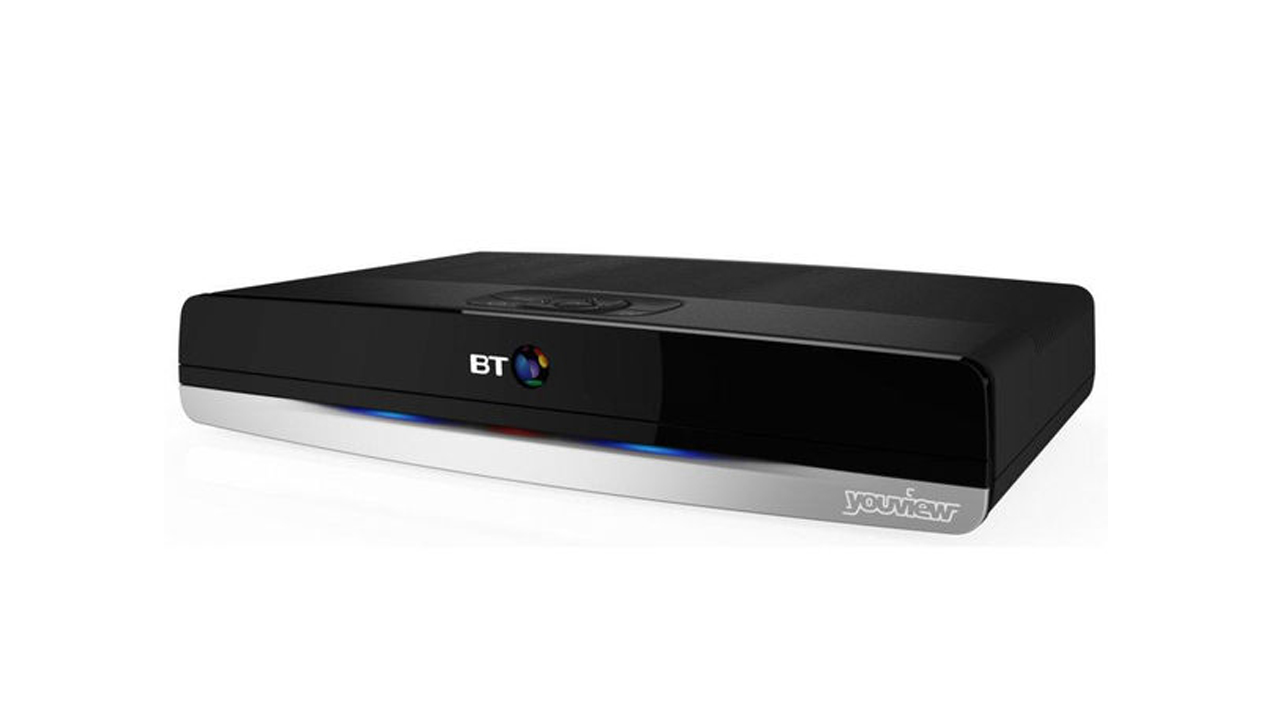 You might guess you’ll need some sort of subscription to use a BT YouView+ box, but you don’t.

YouView is an alternative to Freeview Play, an interface that combines normal Freeview channels with streaming services. These include Netflix, Amazon Prime Video and YouTube.

If you want to dig deeper you can get this set-top box as part of a BT TV subscription, which unlocks access to extra channels like BT Sport and Comedy Central.

However, one of the main benefits of the BT YouView+ box is its low price when bought solo – quite frankly, it’s a bit of a bargain.

It “only” has a 500GB hard drive, which can store 300 hours in SD quality or 125 in HD. But that just means you’ll have to juggle your recordings library more. For the tech-heads out there, this box is actually made by PVR master Humax.

There’s also an Ultra HD version of the YouView+ box, for those with 4K TVs.

What about my TV?

There’s no point in having the best set-top box in the world if your TV’s display is terrible; that’s why we have the following roundups for you to browse:

On a budget? Check out the best cheap TV sales and 4K deals this month.

The long-awaited grand jury decision on whether criminal charges should be brought against the officers involved in the police killing of Breonna Taylor will be announced by Kentucky Attorney General Daniel Cameron this afternoon https://cnn.it/3i1latr

Your Man in the Public Gallery: Assange Hearing Day 15 - When Daniel Ellsberg released the Pentagon Papers, the US Government burgled the office of his psychiatrist to look for medical evidence to discredit him. Julian Assange has been obliged to submit http://www.craigmurray.org.uk/archives/2020/09/your-man-in-the-public-gallery-assange-hearing-day-15/