The largest ocean on Earth is the Pacific at this moment, but the Atlantic is gaining ground—and sea—as it expands by about four centimeters each year.

The tectonic mechanisms driving the widening of the Atlantic, and the distancing of Europe and Africa from the Americas, have remained partly unresolved for years, given that most of our data about these shifts is captured by instruments on land. To get a better view of the complex processes occurring underneath the Atlantic seafloor, a team of scientists deployed 39 seismometers to depths of several miles across the Mid-Atlantic Ridge, an underwater mountain range formed by a continental plate boundary, in 2016.

The instruments spent a year listening to tremors and earthquakes before they were picked up in 2017, which produced a new seismic picture of Earth’s churning innards detailed in a study published on Wednesday in Nature.

“There are similar experiments around the world, but this was a large scale, with so many instruments for such a long time,” said Matthew Agius, a seismologist at Università degli studi Roma Tre who led the study, in a call. This approach “gives us the ability to image deeper and deeper inside the Earth, basically, from the sediments, all the way down to the core.”

The researchers spent a total of 10 weeks at sea, far from shores and shipping lanes, which was an otherworldly experience in itself. “You’re out there not seeing any other ships, or even airplanes,” Agius said. “You basically see just your crew, the mission itself, water, and nature.”

The results reveal forceful upwellings of material from the lower mantle, a layer of Earth located hundreds of miles beneath the seafloor, which are helping push the Atlantic continents apart, thereby contributing to the widening of this ocean. Previous models of the Atlantic expansion are mostly based on subduction processes, in which continental slabs are pulled, or “downwelled” into the mantle, and hadn’t taken the opposite upwelling process into account. 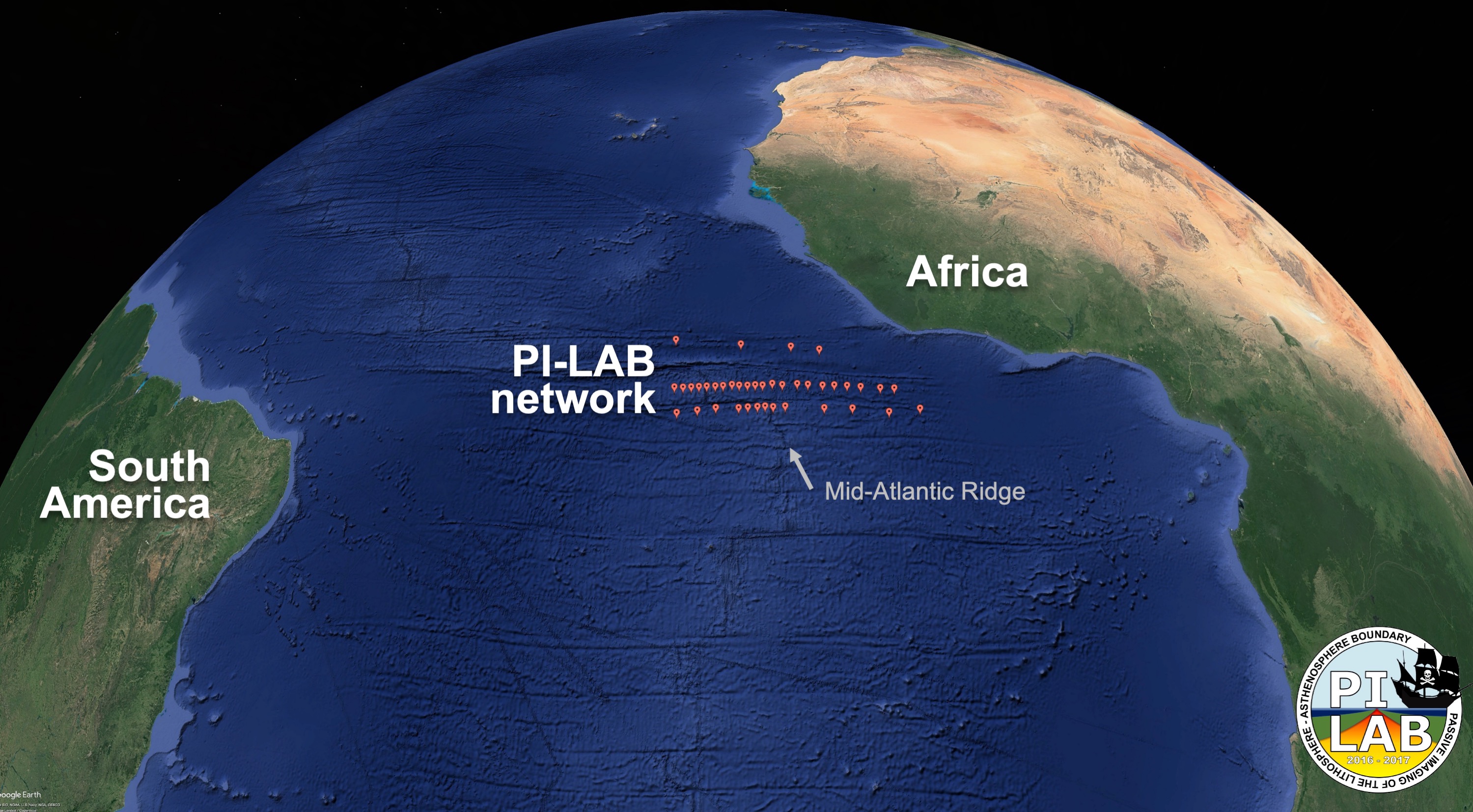 Locations of seismometers along the Mid-Atlantic Ridge. Image: University of Southampton

“Conventional wisdom is that the spreading of plates is normally driven by distant gravity forces as denser parts of the plates sink back into the Earth, whereas upwelling from the lower to the upper mantle and up to the surface is typically associated with hotspots such as Iceland, Hawaii, and Yellowstone, and not with mid-ocean ridges,” Agius explained.

However, the Atlantic Ocean has never quite conformed to this model as well as the Pacific. The volatile Pacific Rim is feared and famous; just ask anyone dreading the so-called “Big One,” a massive earthquake predicted to eventually roil the West Coast of the U.S. and Canada due to the Cascadia subduction zone.

While subduction zones exist in the Atlantic, there is no corresponding “Atlantic Rim” of activity, which has always been a missing piece of the puzzle in terms of reconstructing the plate tectonics on this side of the planet.

The researchers didn’t set out to solve this exact enigma, but the dataset exposed surprising insights about the mantle transition zone (MTZ), a region located between 250 and to 400 miles under the seafloor, which “acts as the gatekeeper between the upper and lower mantle,” according to the study.

High temperature anomalies in this zone created a thinner transition than expected, which facilitated the vertical movement of material from deep within the planet up into the ridge, where it contributes to the spreading of the ocean. 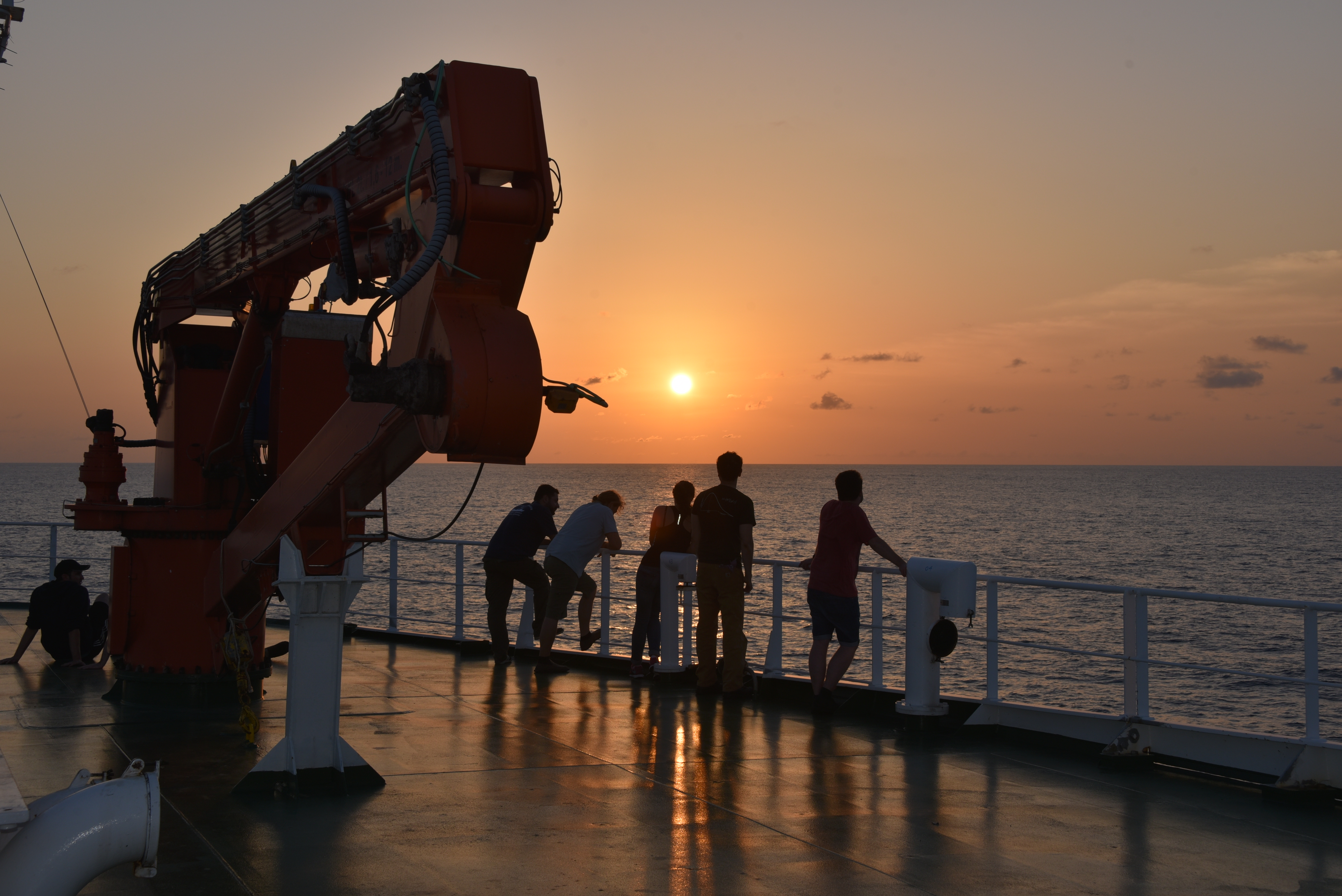 On the research vessel. Image: University of Southampton

The 2016 and 2017 expeditions were led by Kate Rychert and Nick Harmon of the University of Southampton, where Agius was a postdoctoral fellow at the time, as well as Mike Kendall of the University of Oxford. It was conducted as part of the Passive Imaging of the Lithosphere Asthenosphere Boundary (PI-LAB) experiment and the Experiment to Unearth the Rheological Oceanic Lithosphere-Asthenosphere Boundary (EUROLAB).

“We were excited and thrilled with this discovery,” Agius said. “The result has strong implications on our fundamental understanding of the role mid-ocean ridges have in relation to the theory of plate tectonics.”