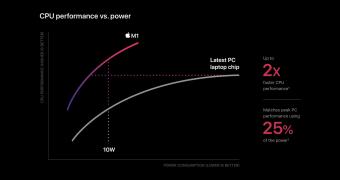 Custom ARM chips seem to be the next big thing in tech, and the debut of Apple Silicon appears to be the event that produced this new trend.

Microsoft itself has been committed to ARM chips for quite a while, with Windows 10 on ARM improving gradually with every new release, but Apple unveiling the M1 chip was seen by many that investing in custom processors is the right way to go in the long term.

So theoretically, two tech giants, Microsoft and Apple, are now spearheading the push for custom ARM chips, and right, it looks like both of them have ambitious plans in this regard.

Apple Silicon and what it’s capable of

Apple announced the M1 chip with much fanfare in November, and its capabilities have already surprised pretty much everyone. The Cupertino-based tech giant claims the new processor unleashes an important boost of power, all while being more power-efficient, and this is exactly what Microsoft itself has been aiming for with its ARM str… (read more)