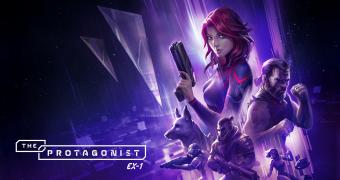 The Protagonist: EX1 is the new game from indie studio 3Mind Games and publisher All in! Games. It’s a tactical RPG with a twist that’s been slated for release on February 18. However, as the title says, The Protagonist: EX1 will only be available in Early Access for PC this month, so we’re still waiting for news about the release of the final version.

The upcoming tactical RPG promises a story-rich blend of sci-fi and turn-based tactics. The combat focuses on the Maori martial arts called Mau rākau, a strange but interesting choice. According to developers, the Early Access version will initially have four game levels, in which players will be able to explore a mysterious alien space station and familiarize themselves with the game’s extremely intuitive Martial Arts Combat System, based on real techniques.

The Protagonist is Angel, a highly trained special agent with advanced martial arts skills. Along with her teammates, Radical and Buddy, she must make her way t… (read more)