A volcano located less than an hour’s drive west of Reykjavík began spewing out lava on Friday evening, lighting up the night sky with an eerie red glow. But that wasn’t the only uncanny sight: Curious trekkers gathered at Iceland’s Mount Fagradalsfjall over the weekend to witness the volcano’s first major eruption in about 800 years, milling about and taking photos as lava spewed out of the crater.

In addition to the stunning images of the eruption captured by visitors, drone pilot Bjorn Steinbekk captured unique aerial views of the cones and lava flows. A livestream of the active volcano is also available at this link. 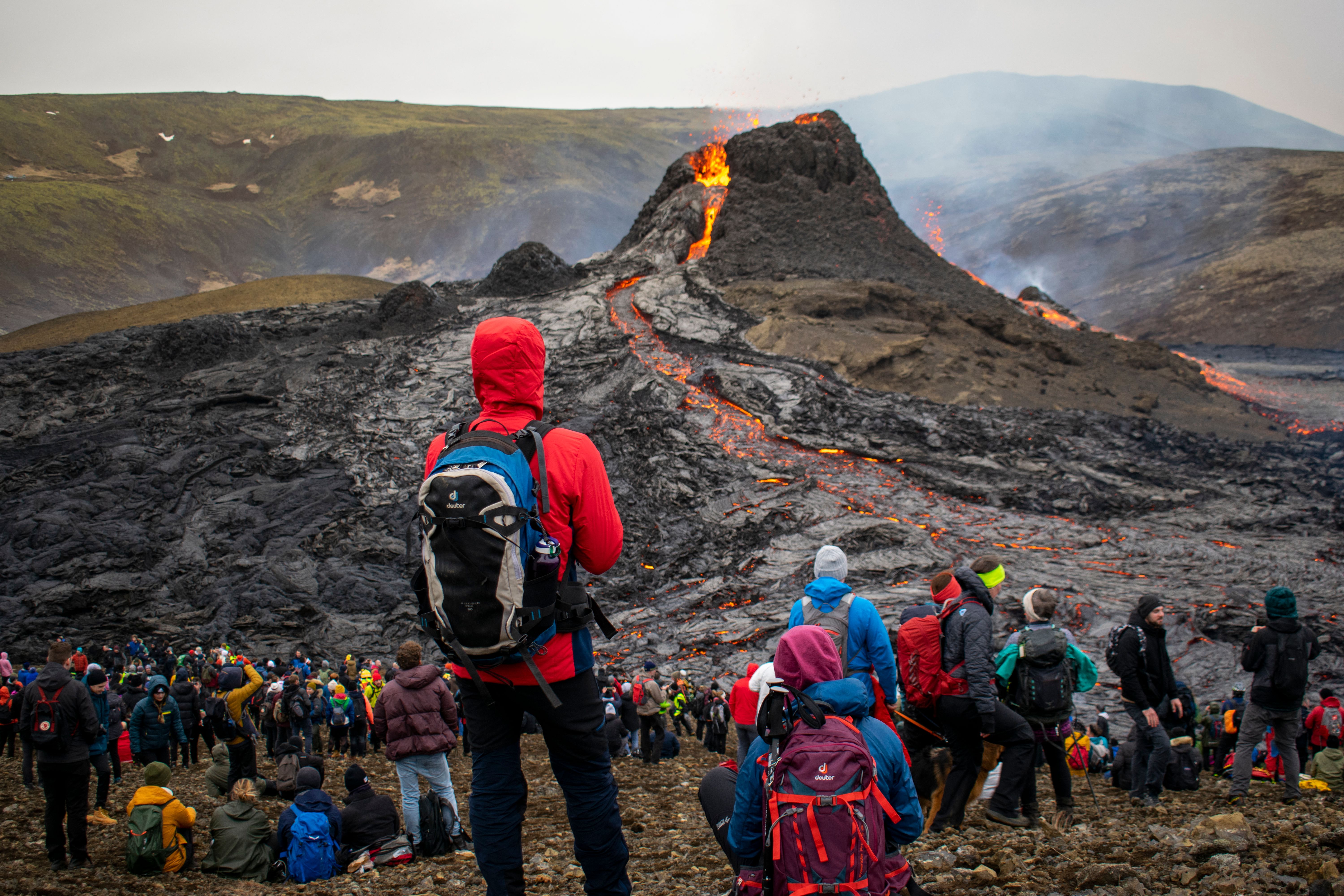 Hiking around an active volcano may seem dangerous, but it’s actually a relatively safe weekend activity for Icelanders. While authorities initially closed access to the volcano, it was opened again by Saturday afternoon, allowing throngs of hikers to make the journey right up to the edge of the volcano’s bubbling open cones and slow-moving lava flows, according to the BBC. However, local police closed the trail again by Monday because dangerous gas concentrations from the eruption became too high.

Valur Grettisson, editor-in-chief at Reykjavík Grapevine, was among the people who visited the incredible natural event over the weekend. In his video report about the eruption, Grettisson gets within meters of the lava flows, along with many other hikers casually approaching the “red rivers” as he described the molten rock. 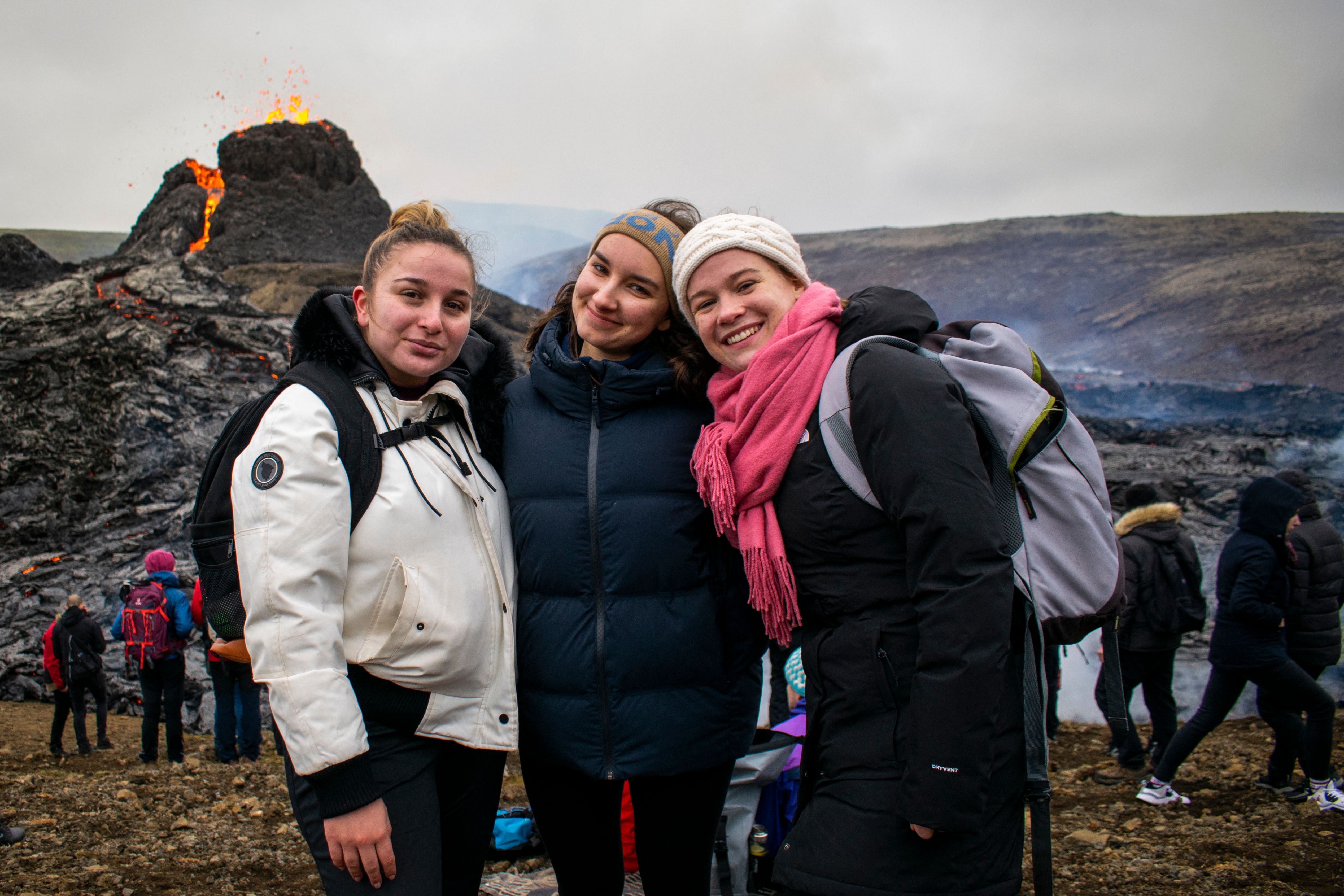 “I have to say, this is a very beautiful eruption,” Grettisson said. “It’s not the harsh brutal eruptions that you so often see. It’s very slow.”

He noted that it is, of course, extremely hot near these lava streams, but added that the flows were too small and sluggish to cause any immediate danger to onlookers. According to the video report, the long and arduous hike to the site poses more of a threat to prospective volcano watchers than the eruption itself. 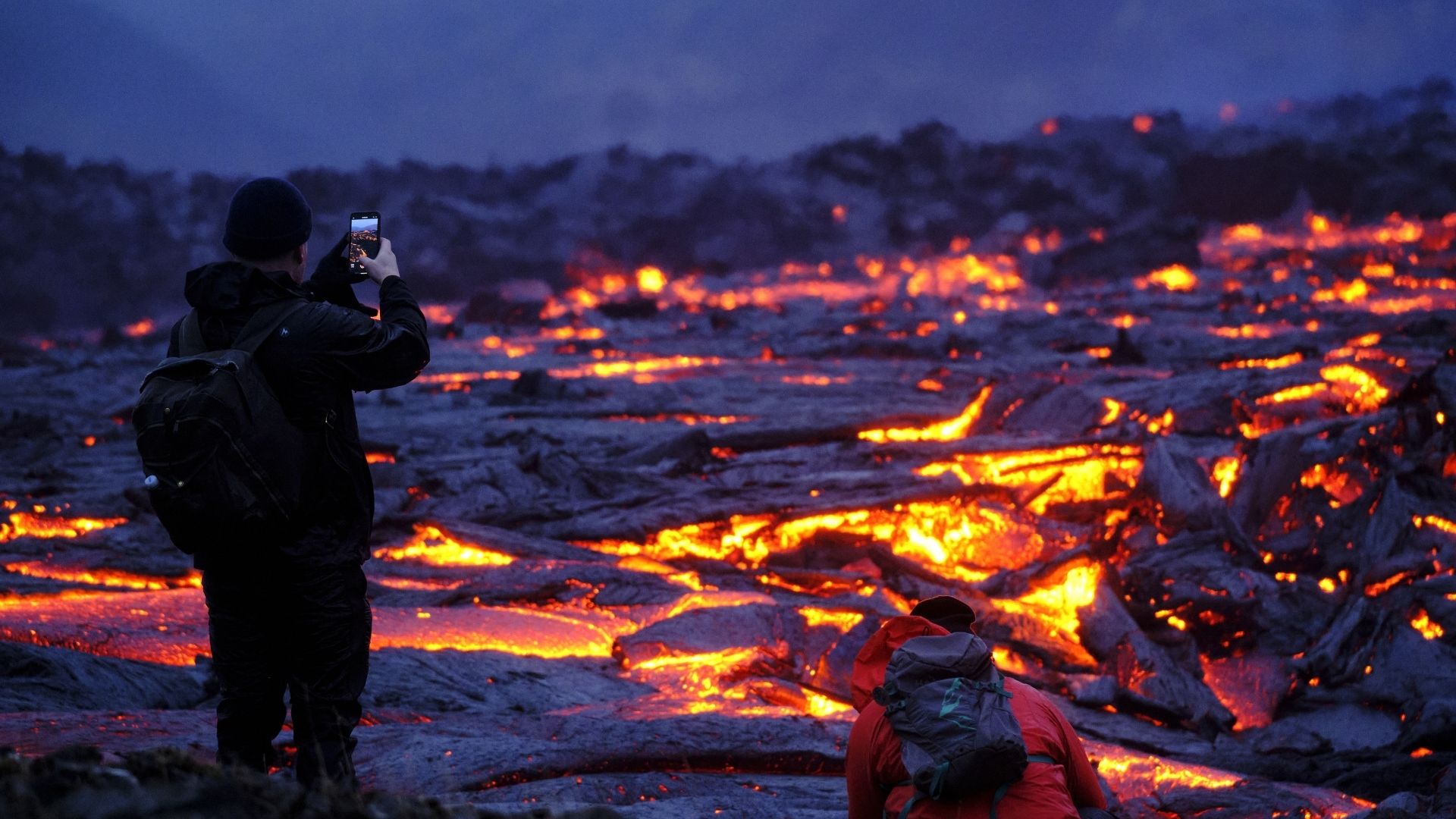 “Keep in mind if you’re going to hike here, you really need to be careful about it, because the way people get themselves hurt is getting to the volcano, not dying in the volcano,” Grettisson said.

Indeed, patrol teams from the Almannavarnir, Iceland’s national civil protection and emergency management department, staked out major access points to the volcano to ensure that hikers were fully prepared for the trek, according to an eyewitness account published on Monday by the guide company Amarok Adventures. 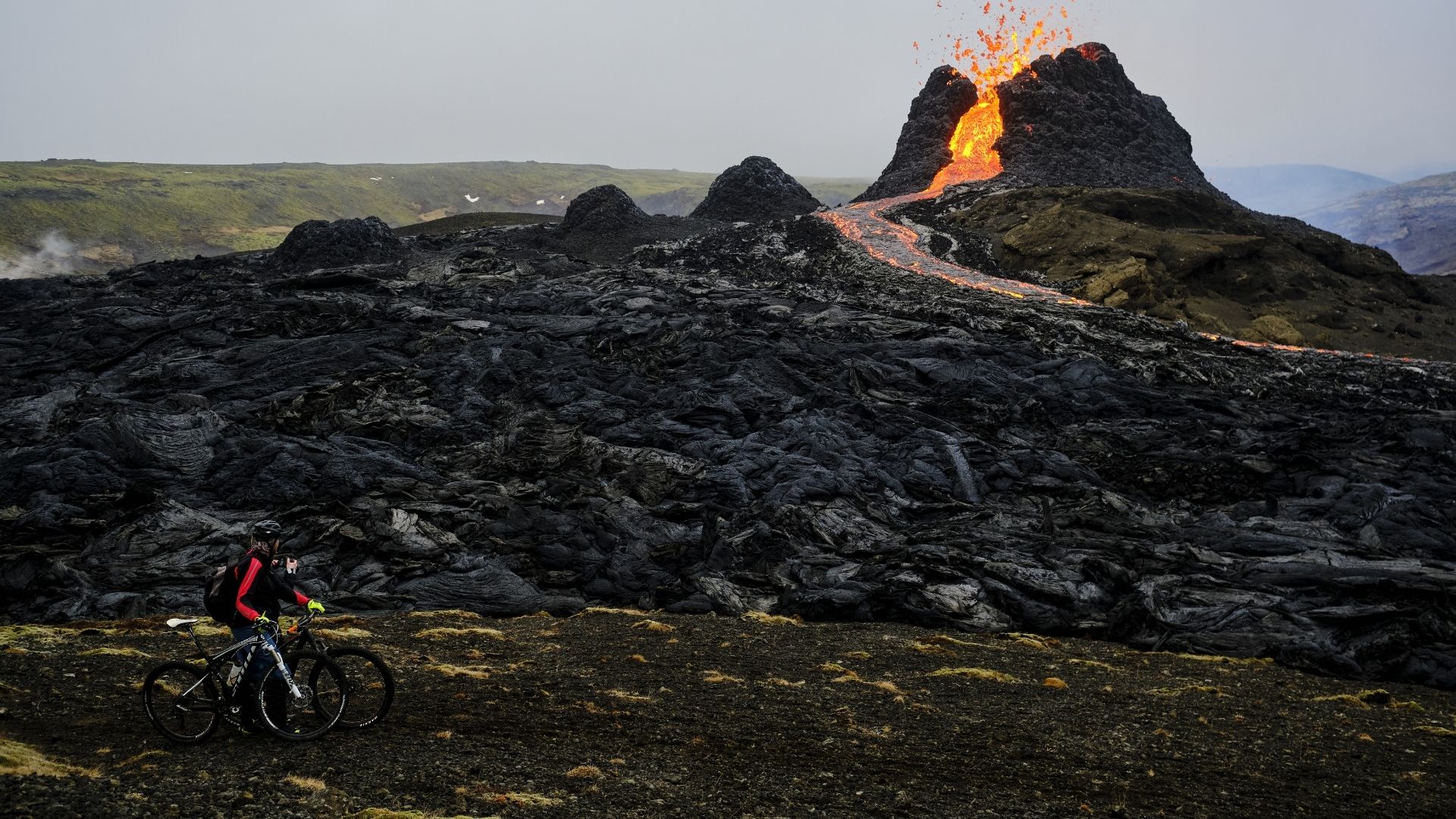 The eruption is expected to continue for several days, or even weeks, so these images and videos are likely only the first glimpses of this gorgeous natural event.