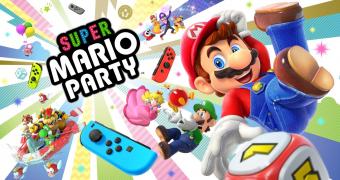 Super Mario fans rejoice as Nintendo has just announced one of the most recent games featuring the iconic character is getting online multiplayer. A free update for Super Mario Party is now available for download and adds the much-needed gameplay feature to the game.

Of course, you’ll still need a Nintendo Switch Online membership to be able to play online with your friends, but it’s a small price to pay for the potential fun you’ll get. Also, all players who want to play Super Mario Party together must own the game.

Those who don’t have friends, yet want to try out the online multiplayer feature, can do so by sharing a password with other players. Furthermore, online voice chat is also supported through the Nintendo Switch Online mobile app.

The new online multiplayer feature comes with three game modes that are playable online for up to four players. The first one is called Mario Party and lets players choose from 20 playable characters and race across a range o… (read more)

Why hasn’t Waymo expanded its driverless service? Here’s my theory