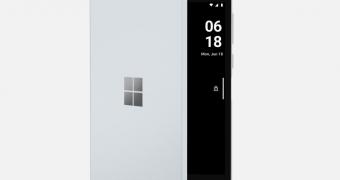 Microsoft has released a new Surface Duo called “Feast Mode,” and unsurprisingly, the company highlights how useful is the dual-screen form factor for various activities, including online shopping.

The Duo is Microsoft’s very first Android device, and it comes with dual-screen design that places the Redmond-based software giant in a rather exclusive club of companies pushing for this new form factor.

The Surface Duo runs Android 10, and Microsoft promised it would ship the update to Android 11 as soon as possible. Previously, it’s been rumored the company could announce Android 11 for the Surface Duo in late 2020, and given it’s almost December, this is likely the month to bring us the OS update.

In the meantime, the Surface Duo keeps getting more and more refinements, and now rumor has it Microsoft is also preparing to bring the device to a new country.

At this point, the Duo is exclusive to the United States, and earlier this year, people familiar with Microsof… (read more)