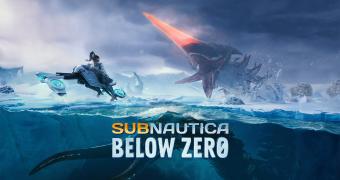 The sequel to the critically-acclaimed Subnautica finally has a release date. After spending more than two years in Early Access, Subnautica: Below Zero launches on PC and consoles on May 14, developer Unknown Worlds Entertainment announced this week.

Pre-orders are already open, so players can purchase Subnautica: Below Zero on PC via Steam and Epic Store, while console fans can get it for Xbox One, Xbox Series X/S, PlayStation 4, and PlayStation 5.

The fine folks at Unknown Worlds Entertainment haven’t forgotten Switch players, so it decided to bring not just Subnautica: Below Zero to Nintendo’s gaming platform, but also the original game too. A bundle that contains both titles will be available for purchase via Nintendo eShop, but players can also buy them separately.

The sequel of Subnautica is set one year after the original game and challenges players to survive the icy biomes both above and below the surface. There are new tools to craft, which will help pl… (read more)