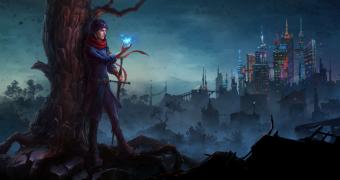 Karaclan is the name of the indie developer behind the upcoming story-driven RPG called VED. This does seem to be their first foray in the gaming industry, but VED looks solid enough even for a first game. Published by 1C Entertainment, VED will be released on PC, PlayStation 4, PlayStation 5, Xbox One, Xbox Series X/S, and Nintendo Switch in 2022.

VED is set in a colorful world full of magic where players take the role of Kir, a young hero who comes to the city of Micropole in search of a new life. He finds that new life soon enough as he discovers the ability to teleport between two interactive worlds full of mysterious islands, strange creatures, and dangerous monsters.

Developers promise a non-linear story where every decision counts and can lead to irreversible consequences and endings. Also, there are multiple factions in the game, each with its own view on the events taking place. Based on that, developers added a dynamic system of relationships that allows … (read more)

Valheim Succeeds By Not Starving You