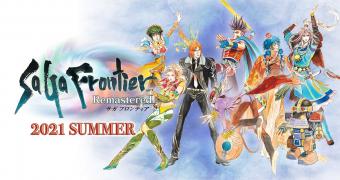 SaGa Frontier, the famous JRPG left unfinished more than 20 years ago, is going to be remastered, Square Enix confirmed over the weekend. SaGa Frontier Remastered will be released in summer 2021 for PlayStation 4, Nintendo Switch, PC, iOS, and Android.

The original game was released on PlayStation back in July 1997, but only in Japan, but one year later SaGa Frontier made it to North America. The PlayStation classic game is being remastered and apart from the visual improvements, Square Enix revealed some gameplay features will be added too, which weren’t available in the original SaGa Frontier.

The Japanese publisher announced that SaGa Frontier Remastered will include a story for new protagonist Fuse, which can be unlocked by clearing the stories of the other seven protagonists. Another important piece of information revealed by Square Enix is that the story will be handled by SaGa series general director Akitoshi Kawazu and game writer/novelist Benny Matsuyama. … (read more)