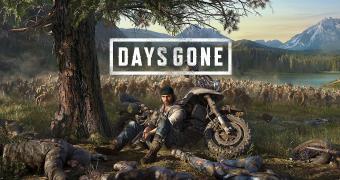 Amazing news for PC gamers, as Sony’s Bend Studio has just confirmed Days Gone is headed to their favorite platform. Exclusively available on the PlayStation 4, Days Gone is an action-adventure survival horror that made its debut about two years ago.

The game received mixed or average reviews according to review aggregator Metacritic, although Days Gone was the best selling physical game in the UK in the week of release. In fact, the game continued to be the best-selling software release in all the format sales charts for three consecutive weeks.

Anyway, if you’ve been dying to play Days Gone on PC, Bend Studio announced the game will land on this platform sometime this spring and promised to offer more details on the release very soon, so stay tuned on that.

Days Gone would be the third major PS4 exclusive that is being ported on PC after Death Stranding and Horizon Zero Dawn, but it appears … (read more)