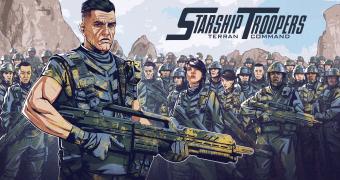 Still, considering the Cyberpunk 2077 fiasco, that’s really not a bad thing. As a matter of fact, Slitherine now has more time to hype up the game and even run a beta. For those who haven’t heard about the game, Starship Troopers – Terran Command is a single-player, real-time strategy game set in the classic Starship Troopers movie universe.

Earlier today, Slitherine showed some Starship Troopers – Terran Command beta footage and announced a tentative release date for the game. If you want to participate in the beta, you can sign up on on the game’s website right now.

According to Slitherine, the campaign featur… (read more)

WandaVision Episode 8: 22 Easter Eggs, References, And Clues From “Previously On”

Monster Hunter Rise Fine-Tunes Many Of The Series’ Familiar Elements