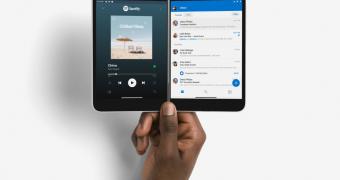 Microsoft launched the Surface Duo with much fanfare earlier this year, marking the company’s big debut in the Android phone market.

Needless to say, Microsoft’s huge bet this time is the dual-screen form factor, which the company hopes would help spearhead its mobile push in the Android ecosystem, despite other companies, such as Samsung, also investing in new-generation ideas like foldable phones.

“Surface Duo is the first Surface to fit in your pocket. Surface Duo brings together the best of Microsoft productivity experiences, Android apps and Surface hardware design into a single device you can take anywhere. And, yes, it makes phone calls. It has two paper-thin 5.6-inch screens that unfold to 8.3 inches, and just like Surface Neo, it can be used in a variety of modes to let you work the way you’d like,” Microsoft said in late 2019 when it officially announced the Surface Duo.

The device eventually went live a few months ago, earlier than anticipated, with Mic… (read more)

Nvidia is launching a new Pascal-based card, the GT 1010